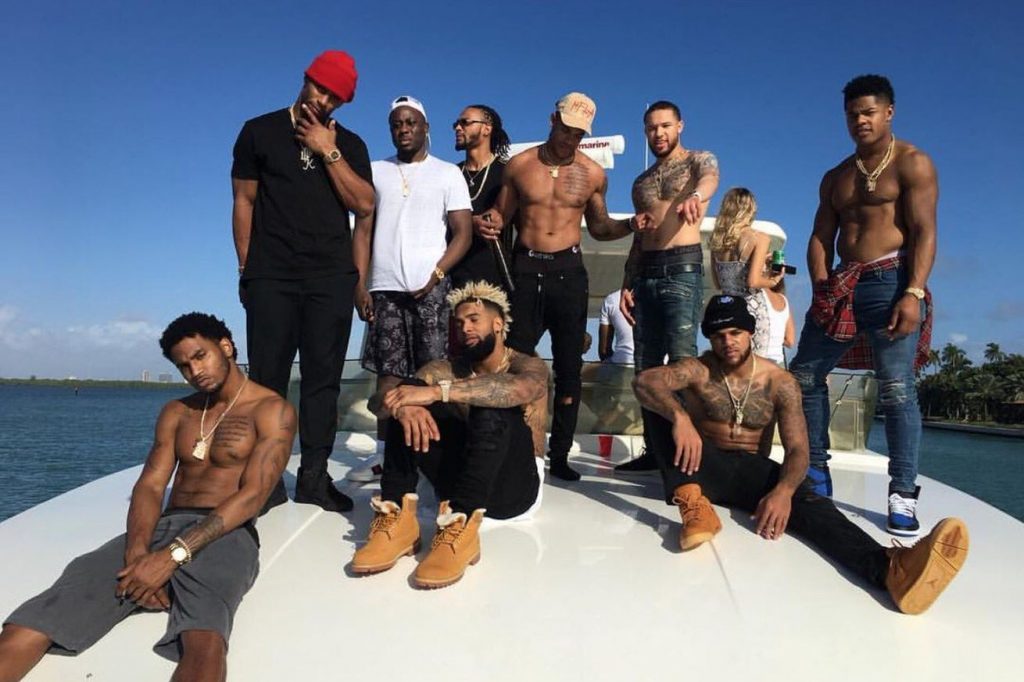 It’s like a Geico commercial Winners win and Losers lose, “That’s what they do”. This was so obviously shown in 2 games that were played in the last few of days. Let’s first show how winners perform under pressure and how they act, both in preparation for the game and during prime time and then flip the coin over and see what happens when you only are about yourself and being in the spotlight and letting your teammates down.

Representing the “Winners win” argument we have the Clemson Tigers. Everybody from the coaches down to the players and the water boy was doing the right thing last night. Dabo Sweeney is one of the great coaches in college football. It seems that everything that comes out of his mouth can lift up his player’s, and even the people who are watching the games and betting on them. He told his players at halftime, “I don’t know how but we are going to win this game”. Obviously he is not the first person to say this but when he said it, it was “Messier-Namathish” not “Patrick Ewingish”. What I mean by that is he actually believed it and more importantly he felt a sense of destiny, and that it was Clemson’s time. He said we are going to win this game because of the love the players have for one another, and that always leads to scarifying for your teammates and making plays above and beyond the call of duty.

Which lead us now to the Clemson players. Did you see Deshaun Watson put the ball exactly on the money on every pass, where only his player had a chance at it? The best part was that it was like a “Hollywood movie script” in that after the Bama player elbowed him in the head and shook him up a bit, he still came back and played a great game after losing confidence for a while. I had a shirt that once said,”Champions get up even when they can’t”. He said after the game that there never any panic when they were losing, and that they knew that they were going to win the game. Come on be honest with yourself, you didn’t truly believe in Clemson for the whole game, it looked bleak at times. The other players on the field like the wide receivers who were making incredible catches on 50-50 balls and the play of the Defense which attacked the whole game also never wavered in their belief. The MLB said after the game this is not just for us it’s for the fans who have waited 35 years and all of the players who built the foundation that made this day possible, such as Tajh Boyd, Sammy Watkins and others who he mentioned by name (Boyd actually helped the team prepare by practicing with them last week).The whole ream believed in God and destiny and then executed on the field.

Now representing the “Darkside”, we have all of the NY Giant Wide Receivers (LOSERS) lead by the ring leader Odell Beckham Jr., who decided it was a wise idea to fly down to Miami and party on a boat with Justin Beiber 6 days before a Playoff Game. It was a distraction to the entire team and the players were only caring about themselves. As stupid as it was to do, posting a picture with their shirts off and bringing the matter front and center wasn’t too bright as well, it only “poured gas on the fire”. They followed it up by taking off their shirts in Pregame warm-ups to try to show how tough they were, but all it did was bring attention to themselves and hurt their team. To top it all off and this is the most important thing, our star player went out and played one of the worst games of his career and dropped 3 passes, 2 of which were game changes.

I’m not done yet, one of the “Boat People” was Sterling Sheppard who wants to be like his big brother Beckham, so he did his part by dropping 2 passes, one of which was a touchdown. These miscues may have been the difference in the game as the Giants could’ve been up 14-0 instead of 6-0. They were dominating the game and outgaining Green Bay by something like 200 yards to 10 at one point and throw in a great play by Green Bay for 1 TD, and then a Hail Mary pass and the game is 14-6 at halftime and the Giants are in big trouble.

So you get the point I’m trying to make here. One team through the love for each other, belief in destiny and raising their levels pulled off a great upset and are “Winners”, whereas as the other team decided that it’s all about the individual players, and not making scarifies for the team and should win just by showing up. They lowered their level and are the “Losers”. Winners win and Losers lose, that’s what they do. We here at America’s Bookie like winners and want to congratulate the 2017 National Champion Clemson Tigers for “WINNING” yesterday and also want to say hdfkiusksu#%&%#”(sorry this a family website) to the biggest “LOSERS” of the week the N.Y. Giants and the Boat people. Let’s hope Clemson continues to do the right things and that the Giants learn from their mistakes.