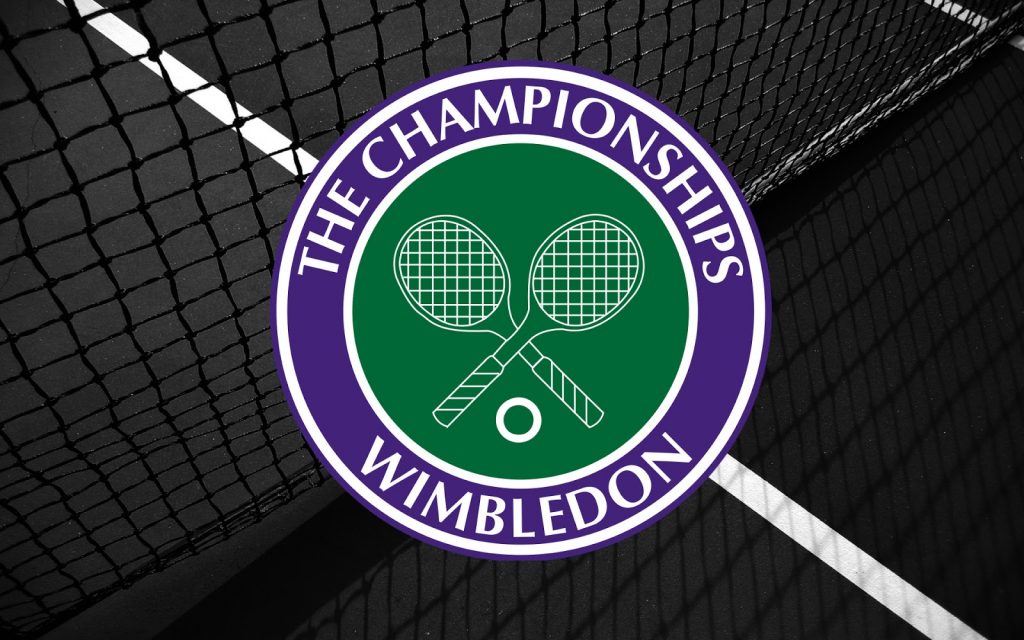 We are going to take a look at the Gentlemans and Ladies Singles Draws which just came out for the Championships which start on Monday. Wimbledon is the only tourney that factors in past performances here and on other grass court tourneys, instead of the straight rankings in making out the Draw. They also always “rig” the draw in favor of the British players but that’s just my opinion.

Djokovic is of course on top, he will lose a few sets to a couple of good grass court guys but will move on till he gets to the 4th round and plays either Querry or Rosol who are both very good on grass. After that he is slated to play David Ferrer in the next round but most likely it will be Mahut or Kohlschreiber. In the Quarters he could play Anderson, Sock, Gulbis or most likely Raonic. This certainly isn’t the easiest of draws but he will be in the Semi Finals.

In that Semi he is slated to play Federer but will Roger get there, who knows? He should get through the first 3 rounds assuming he can beat Dolgopolov in the 3rd round, but in the fourth round Dimitov, Monfils or Simon could be waiting and all are very capable of taking him out. This could be upset time. After that Cilic, Nishikori, Karlovic or Muller awaits. Very bad draw for Federer and we think someone like Cilic or Dimitrov makes the Semis here.

On the other side, the next seeded guy would be Wawrinka but he can’t play on grass that well, and may be taken out by Del Porto in the second round. This section is wide open and the winner of this section will most likely go out to the winner of Thiem and Berdych in the quarters. We really like Berdych to get back to the Semis here.

In the next section the Draw was “fixed” to let Murray make the Semis as usual. Not that he needs any help but it doesn’t look too tough. The only 2 guys with a “punchers chance” would be Kyrgios or Lopez but Andy makes the Quarters here. That is where it may get a bit tricky a Gasquet is a “shotmaker” and has played well here before. There are few other guys to consider here if Gasquet does “coke” the night before he plays. Tsonga, Baghdatis and Isner could pull off an upset here.

For the Ladies of course Serena is on top and should have no trouble in her first 4 matches. After that, in the quarters she is supposed to play Vinci, so Serena has an incredibly easy draw and unless she beats herself look for her in the Semi Finals.

In those Semifinals she should be playing the winner of Kvitova and Radwanska although Benic is the higher seed vs. Kvitova. We like Aggie to finally do something here. She should make the Semis and give Serena a hard time and with bit of luck take her out. The better odds will be on Radwanska but Serena certainly has the edge.

On the other side the French Open Champ is the second seed and has done well here in the past. Unless she has been out celebrating in the past 3 weeks, she has great chance to make the Finals again. She could meet Lisicki or Stosur in the 4th round however so she must be on top of her game. In the Quarters, Venus is the top seed so that section is wide open. Muguruza makes the Semis here.

In the Semis she is slated to plays Simona Halep or Kerber. We think Halep will be the player to get through if Kerber slips up. Kerber hasn’t been playing that well but there is something about Grass that “heals” you, we think Angie makes the Semifinals here.

On the Men’s side we like Djokovic to take out Dimitrov in the Semis and Murray to be pushed to the limit by Berdych but find a way to play Novak in the Finals. Andy has to beat Novak once in awhile, so why not here. Take Murray at odds of +285 to win it all again this year.

For the Ladies, we think that Radwanska and Kerber will both win a set in the Semi Finals vs. Serena and Muguruza respectively, in the end however we will see a repeat of the Roland Garros Final. This time Serena gets her revenge and wins what will be one of her last Grand Slam titles. This is gambling website however and the odds just aren’t good enough her, so call up America’s Bookie at bet the other 2 girls, Radwanska is around 25-1 and Kerber is around 20-1.

We will be back early next week to take a look at what has transpired early in tourney. Enjoy the tennis guys.