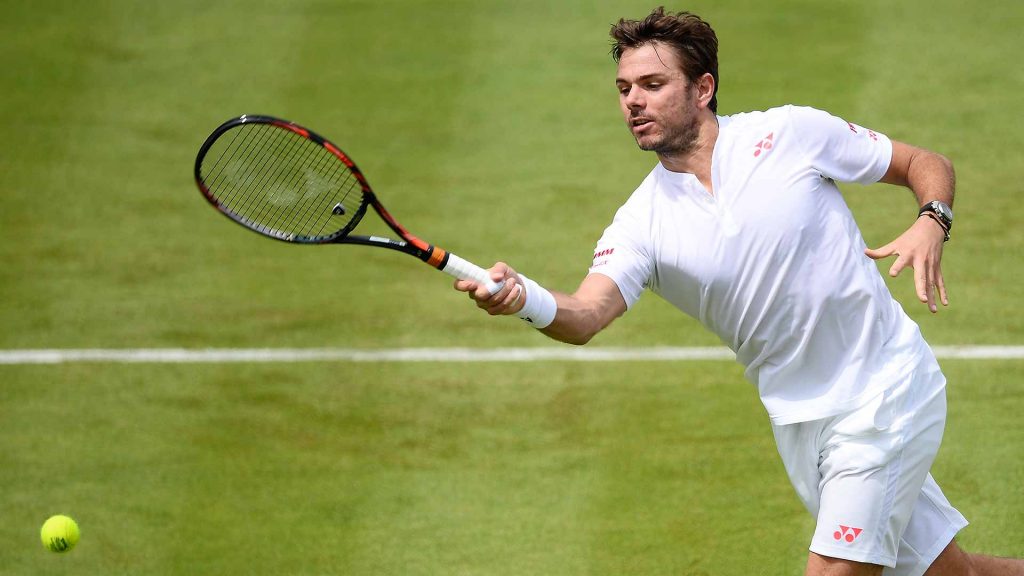 We didn’t get through all of the matches in Day 2 due to the rain. They did play a few matches in doors after the rain hit, but I’m against it. I’m a traditionalist in most things. I don’t like the designated hitter rule; I don’t like lights at Wrigley Field and don’t like a roof on Wimbledon. If it was up to me the US Open would still be played on grass.

Part of the fun of Wimbledon is the tradition. That’s the reason that players still must wear predominately white on the courts. If tradition is the reason for that, then why do the players have to play indoors if it starts raining? It changes everything, the air pressure in dome or bubble is different than the pressure on the outside.

Wozniacki was favored to beat Kuznetsova today but didn’t win mostly because of the match being played indoors. Wozniacki is a “pusher”, a player whose main weapon is consistency and never missing. Against the Russian who is the opposite, a “shotmaker”, she was being pushed around the court and defensive the whole match. If they played outdoors where the ball doesn’t move through the air as fast, the points and the end result would’ve been different.

I get it that the Draw matters and you need luck to win a Slam, but keeping surface pure is the way it should be, but unfortunately it’s all about money. At Roland Garros this year, they had to refund thousands of dollars to the fans with matches being washed out. As long as they can play one match on center court the ticket holders are screwed and the tourney wins. Now they are trying to do the same thing with Flushing Meadows in time for this year’s Open. That means that 3 out of 4 tourneys will have roof on center court. It was better when you had one on clay, one on grass, one on hard and one that could be moved indoors, that is the true test of someone wanting to win The Grand Slam.

Unfortunately in this day and age of “Political Correctness”, people want everyone and everything to be the same. This now applies at every level and tennis as of now has 3 “bubbles”, and there is talk of doing it at Roland Garros as well. There is nothing I can do about the existing indoor tourneys but at least let the players deal with the elements in Paris as they did this year.

O.K., enough Political commentary. You came here to make money at America’s Bookie, so let’s give you a few winners. We are taking over 44.5 in the Isner – Baghdatis match. The “Crazy Cypriot” always plays Isner tough, and like Wimbledon. They are total opposites as Isner is all serve and maybe a big forehand. Marcos likes to get “down and dirty” and win points once they’re in play. This will be long match. Take the over here.

We also saw some of Del Potro’s match today over Robert and he looked pretty good. He goes up in weight class in round 2 vs. Wawrinka. In Stan’s press conference he looked a little concerned about this match. Del Potro has beaten him the last 3 times that they have played although it was quite a while ago. JMDP can play on grass and made the Semis in Stuttgart a few weeks ago, taking out Dimitrov and Simon along the way. They are both big swingers but the Argentine’s swing is more compact and has less windup so he has the advantage on grass. We like an upset there at decent odds of +135.

Enjoy the tennis guys, let’s talk again later in the week about “Big Monday” in which everyone both male and female will be in action in the 4th round. Take care.