Is Wilder in Tough with Arreola? 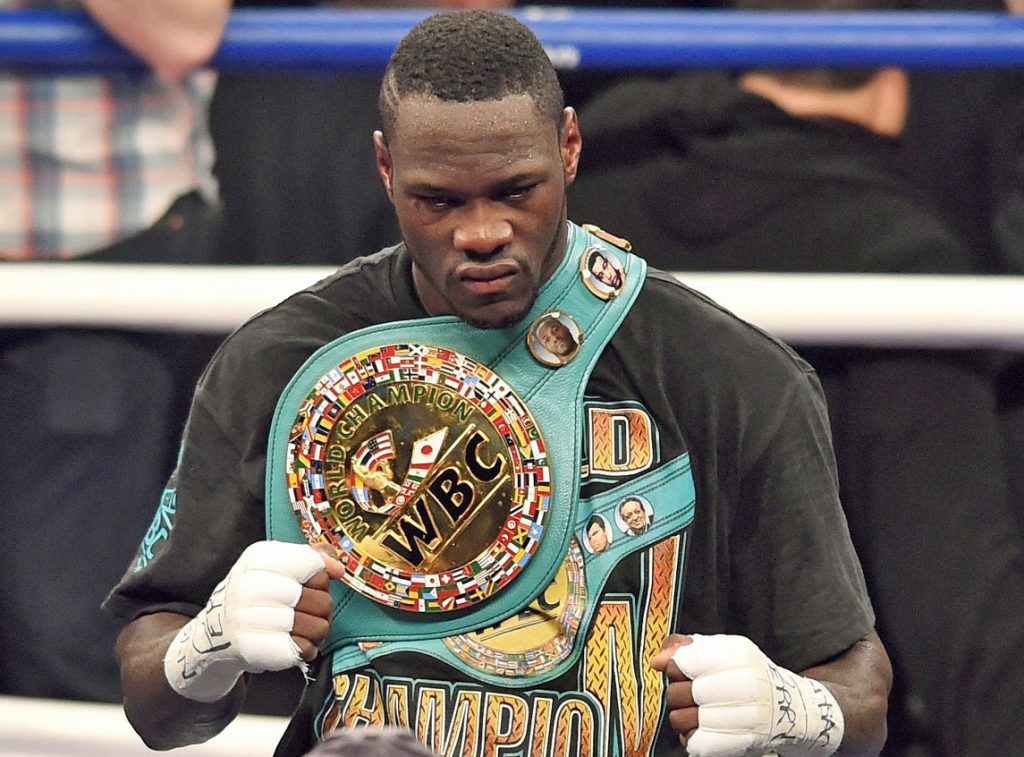 Is Deontay Wilder continuing to minimize risk against outmatched opposition, even though we have seen that he is capable of much better? That would seem to be the opinion of many, and it is with a bit of skepticism that he steps into the ring to make the fourth defense of his WBC heavyweight crown against Chris Arreola, who, in the opinion of even more ringside observers, has really worn out his welcome as a heavyweight contender. The fight is being held in rather friendly environs, meaning Wilder’s hometown of Birmingham, AL, and will be televised by Fox.

In the boxing betting odds posted on this fight by the people at America’s Bookie, Wilder, the hometown guy, is the sizable favorite:

Wilder, as most people know, was an Olympic bronze medalist representing the United States, and there were some high expectations for him when he turned pro, considering that he had actually not been boxing that long. In fact, he only started training as an amateur at the age of 19.

His journey up the ladder was not necessarily lightning-fast, but it was filled with KO’s, against quite a few limited opponents for sure, and that is why there was some skepticism surrounding his 32-0 record, with all wins inside the distance, as he went in against Bermane Stiverne for the WBC crown in January of last year. Stiverne was known as a pretty powerful guy, but Wilder managed him relatively easy. He looked very fluid in throwing out the jab and boxing his man, bearing much resemblance to the style of his trainer, former Olympic gold medalist Mark Breland. And the result was a unanimous decision.

Wilder has drawn criticism for his choice of opponents against whom he has made title defenses. That is because none of them were well-regarded or widely known at all. First there was a ninth-round KO of Eric Molina last June, followed by an eleventh-round stoppage of Johann Duhaupas in September. Last time out Wilder scored a KO-9 over Artur Szpilka, and in that one he ventured to the Barclay’s Center in Brooklyn. So some people are still waiting for what they consider to be a big test.

Can Arreola offer that? Well, he has tried before and failed, losing on a stoppage to Vitali Klitschko (WBC title) in September 2009 and then to the aforementioned Stiverne, not once but twice – for the WBC “Silver” title (don’t ask) and the vacant crown in May 2014. The first time he went the distance, but he was stopped against Stiverne in the rematch.

What people are complaining about with regard to Arreola is that he has won only one of his last four fights, yet is getting another title shot. There was a draw with Fred Kassi one year ago, and a failed drug test that took away a split decision win over Travis Kauffman in his last scheduled fight on December 12, which wound up with a no-contest.

We think Arreola has enough experience to stay in there for at least six or seven rounds, if not the whole distance. Therefore, the price on this proposition is attractive to us. So we are comfortable in going with the +160 on OVER 5.5 rounds as it is listed for us in the Charles Jay / America’s Bookie Challenge.