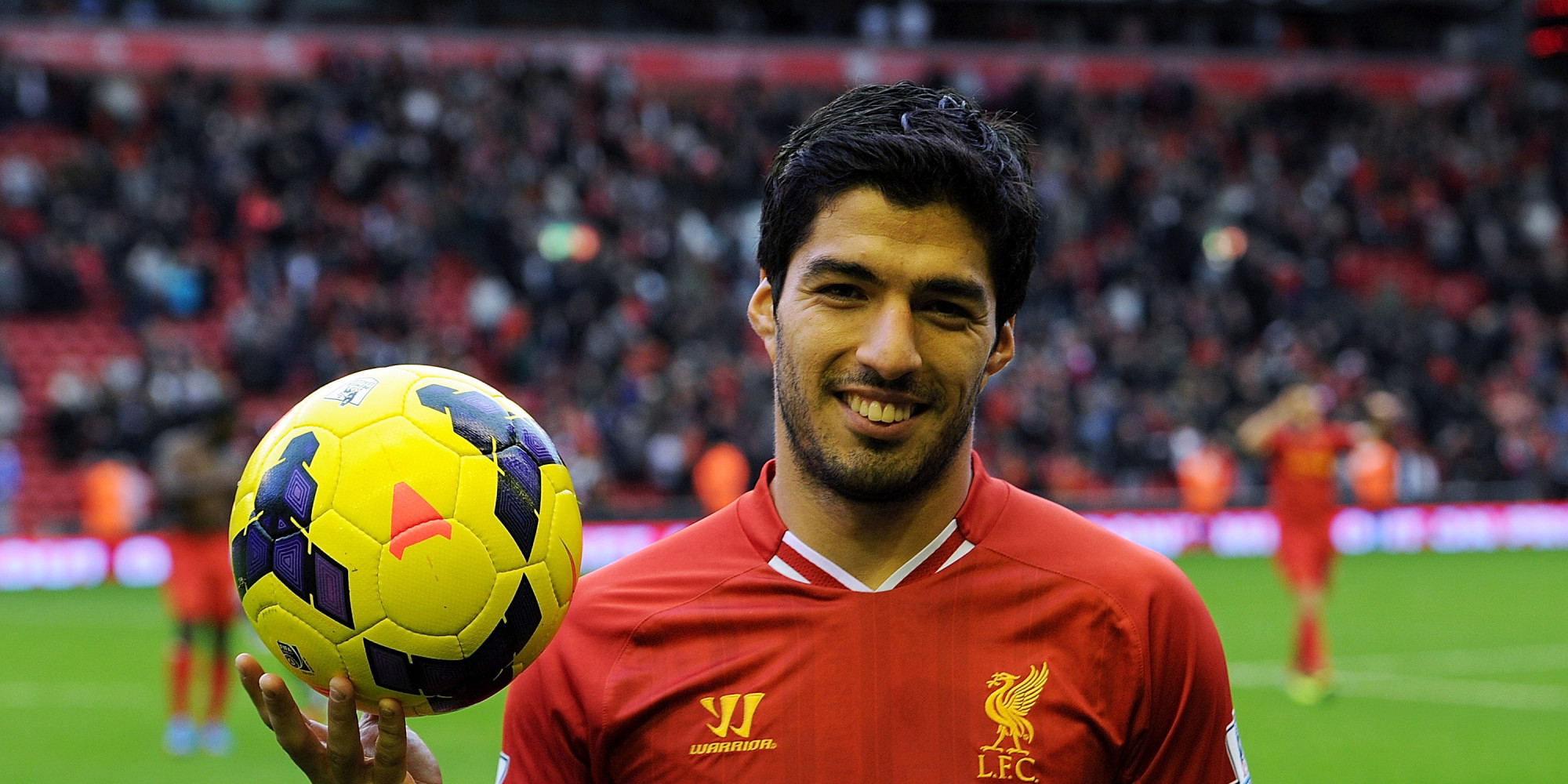 LIVERPOOL, ENGLAND - OCTOBER 26: ( THE SUN OUT, THE SUN ON SUNDAY OUT) Luis Suarez of Liverpool poses with the match ball after scoring a hat trick at the end of the Barclays Premier League match between Liverpool and West Bromwich Albion at Anfield on October 26, 2013 in Liverpool, England. (Photo by John Powell/Liverpool FC via Getty Images)

Can Liverpool do what precious few predicted at the beginning of the season and actually win the league? They can take one step closer to making the dream a reality by defeating West Ham on Sunday.

While Liverpool have had the advantage of only being able to focus on the League this season compared to the other top teams also having to navigate European soccer, credit to Liverpool who have been the most consistent team since the start of the new year. Also it has to be said what an amazing season Luis Suarez is having. Despite missing the first five games of the season Suarez can break the Premier League record for most goals in a season with a goal this weekend?

An interesting subplot to this Liverpool-West Ham will be if former Liverpool striker Andy Carroll will end up causing a massive dent to his former club’s title hopes with a strong performance. It was clear from the outset that Liverpool manager Brendan Rodgers did a favor to Carroll he is the perfect striker in West Ham’s direct ball setup as Carroll with his height can win balls in the air something a suspect Liverpool back four will be made aware of.

The most interesting part of this game is how different each team plays. Liverpool looks to outscore their opposition and even if they are down 1-0 or 2-0 they feel like they can still win the game. West Ham however will be looking to pack the midfield and keep things tight. Earlier in the season West Ham drew 0-0 against Chelsea. West Ham manager Sam Allardyce would be very happy with a repeat of that scoreline.