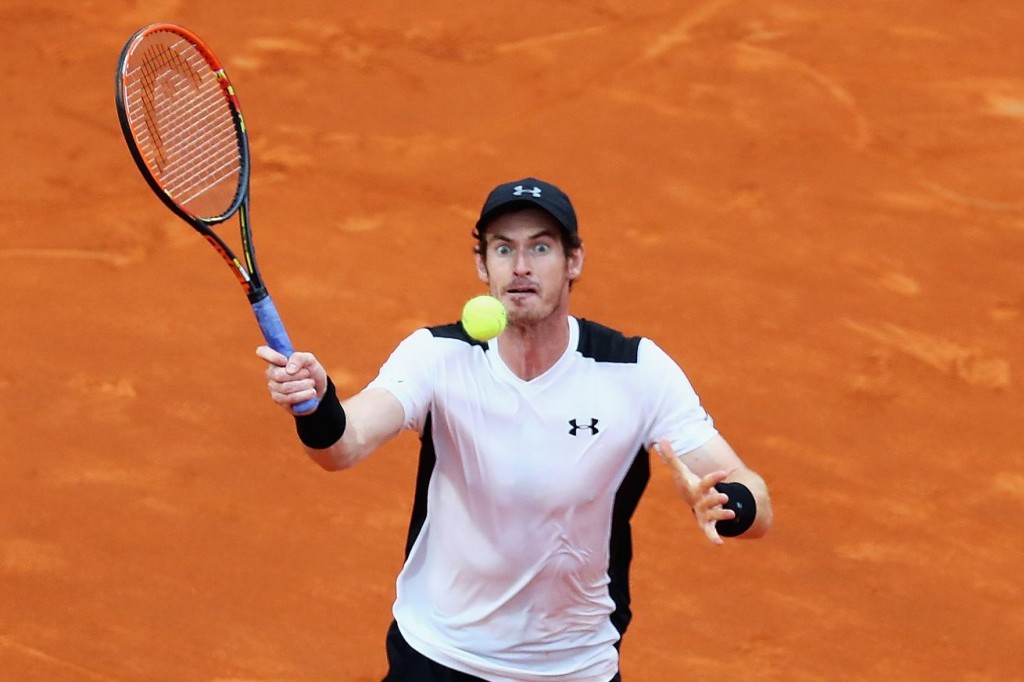 Well Murray finally did it. He beat Djokovic yesterday in Rome after not beating him for quite a while. He came out attacking and never let up and was never in trouble winning 3 and 3. In Djokovic’s defense, he was a little tired mentally after winning last week and he also played an incredible match with Rafa Nadal on Friday and was just little flat in the Final.

At this level of tennis and actually at any level, when you play the same players over and over sometimes winning gets a little boring. You are playing the same points over and over and unless you have a  huge weapon, and at this point in his career, Novak’s biggest weapon is his consistency, you can have some days that it’s just in you to care 100%.

After seeing he was down 4-1 in the first set, I said to myself, does it really matter to him whether he comes back and wins this match? His game is already ready for Roland Garros, he proved that he can beat Nadal in the quarters and he outclassed Murray last week. He doesn’t need the money or the points so although he obviously wants to win, the little something extra that is necessary to succeed at this level just wasn’t in the gas tank.

In Murray’s defense as we said, he came out on fire and DID need to prove something after last week when he played O.K. but really was never in position to win in Madrid. Good win for Andy and we said last week, he really isn’t a “clay court guy” as his shots are too flat, but he does have the patience and the “smarts” to win on clay. His main competition right now is also not a clay court specialist, so you never know.

People are starting to jump on the bandwagon too, as the odds at America’s Bookie have been cut in half from 10-1 down to 5-1. He will be seeded number 2 in Paris so he won’t meet Djokovic till the Finals and unless he gets upset by a guy like Tonga or Nishikori, or has a bad draw and get Nadal early, he should be playing in the Finals again. Once in the finals he certainly has a “punchers chance”.

The thing however is Djokovic won’t be as flat at Roland Garros as he was yesterday and it will best of 5, so it will be much harder. But in the famous words of Tom Hanks in that Chick Baseball movie, “Of course it’s hard; it’s the hard that makes it great”.

This week as usual we play two smaller events in Nice and Geneva for the guys who need to tweak a few things before a Slam starts. Most of the top players however will be in Paris hitting the practice courts. We will be back at the end of the week when the draw comes out to take a better look at who is actuality gonna win this thing so you can call up America’s Bookie and make some money. Take care guys.