This Week on the ATP Tour 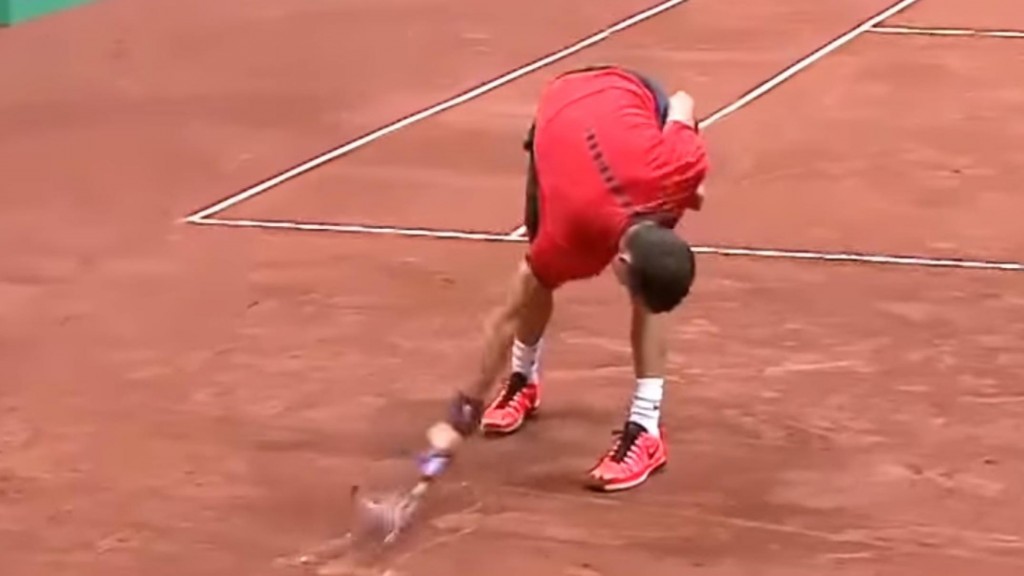 We are now playing another Masters event on red clay this week in Madrid. This is the same event that they had that weird blue clay a few years back. It was basically the same as the red but the players felt uncomfortable on it. Tennis players are creatures of habit, I guess all athletes are, but maybe tennis players and baseball players are the worst.

When you are in a slump in baseball you’ll do anything to get out of it, and you never want “jinx” yourself when things are going well also. Tennis players are more of the latter as they feel that if they wear the same thing on the court they will play better.

A lot of this makes sense as it’s based on psychology and positive thinking. One of my favorite shows is “Lucky Dog “and if you haven’t seen it the guy is a dog trainer and one of the things that he does is positive scent recognition.

How this works is the dog smells the blanket of the new owner and gets treats so he associates this smell with positive good feelings. This is kinda what it’s like when you wear your favorite headband and such. You see the item and it brings you back to a time place when you were playing well, so this is not only “voodoo” it actually has some scientific basis in my opinion to some extent.

For me it was my lucky clay court shoes. I only wore them on clay and only for matches not practice, so they lasted quite a while. After I won my first tournament in them and I put them on, I felt like “yea, I can do this cause I’ve been there before.” It’s too bad my new puppy ate one of them a few years later; I guess that’s why I stayed retired.

Anyway the point I’m trying to make here is that superstition does work and it’s based on psychology, so I think that was the main reason that players rebelled against the blue clay. When they stepped on it, it felt foreign to them, and all the hours that that had put in on the red clay didn’t apply.

It’s like when you play on some weird indoor surface, its totally new to you. The players just weren’t buying the new color, and I get that, so they switched back to the red (orange) color that they were used to.

Anyway enough psychobabble, let’s talk tennis and betting which is the reason you are here in the first place. Last week we had 3 winners in the smaller events. Schwartzman won in Istanbul, Kohlschreiber won in Germany, and Almagro won in Portugal.

I didn’t see the match but I heard that in Istanbul, Dimitrov was up a set and 5-2 in the Final and then had a meltdown. He started smashing racquets left and right and finally the official gave him a game penalty and the match ended that way.

Boy I wish I had a nickel for every time that happened to me. I’ll just give you one quick one. I was playing in some shitty place in Spain and losing to some young hacker, so I smashed my racquet and threw it into the trees. My doubles partner from Australia was playing on the court behind me and he told me later “When I saw racquet fly into the trees with the lead tape in those spots I knew it was Glen, I nearly pissed my pants, I doubled faulted but it was well worth it.”

We have to give you one pick so you can pad your account at America’s Bookie. Take Pouille +215 who has been playing well today over Goffin. Goffin plays a little bit better on hard courts now as his game has gotten better. This is a good spot for an upset here. See you next week guys.