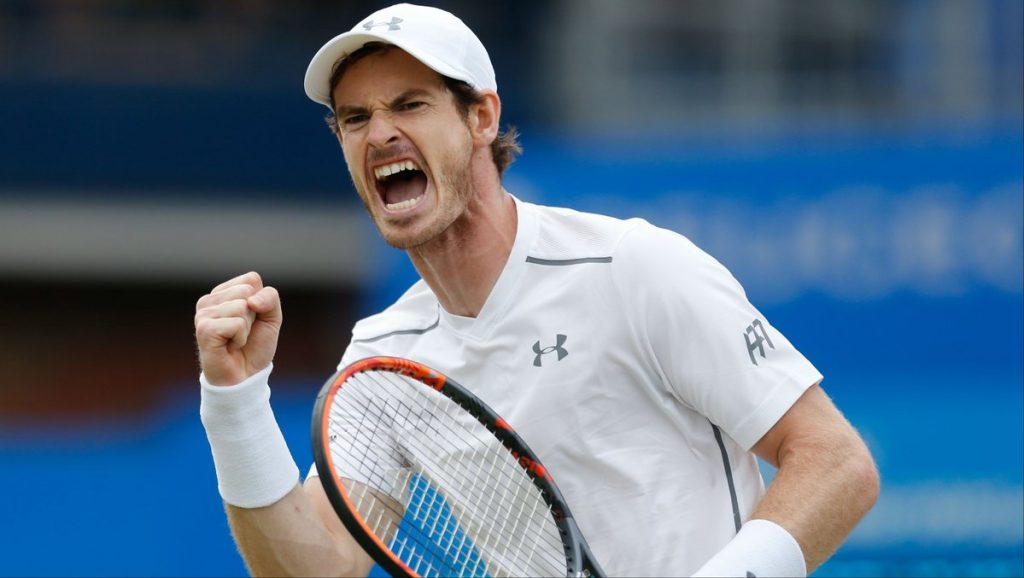 Most of the work has been done by the players to get used to the grass courts in Northern Europe as they get ready for the Championships which begin next week. There was a few interesting results however in Halle and Queens Club this week.

First in Germany, Mayer beat Zverev in the Final but does anyone really even care about that? The surprising thing was that Roger lost again and this time to the teenager in Zverev in the Semi Finals. I think Roger is starting to see the “end of the tunnel”, as if he can’t win on grass anymore, where can he win? Thiem also lost to Mayer in the Semis after winning last week basically because he said “I feel really good on this surface now and I can use the rest and the time on the practice courts after winning last week”.

The other tourney was in London and Andy Murray became the first 5-time winner. That’s really hard to believe because it seems that the same guys win this thing every year. Seven guys have won it 4 times and most have been since 1980. This is always a good measuring stick as to who is going to be one of the favorites at Wimbledon.

I remember I was in Spain in 1985 and me and some of the players were saying who they thought was going to win Wimbledon that year and one of the guys I was traveling with from Germany, Alexander Mronz, who said “Boris Becker is going to win Wimbledon. “We all laughed at him cuz at the time no one knew who Becker was. I guess he must’ve saw Becker win Queens Club cuz then he actually went on to win the Championships at the ripe old age of 17. That prick Mronz actually made it to 73 in the world and dated Steffi Graff for a while.

All I remember about him was a challenge match we played for money where I told him he sucked and he said the same about me. After I won the first set 6-1, his doubles partner told him “you will lose”, and he actually came back and beat me. I also remember him skipping out on a hotel bill in Mallorca and stiffing a nice old lady and denying it to ATP. Assholes always get ahead in this world, I’m sure he only dated Graf for her money. Why Steffi would even date that ugly mother fucker, with the messed up teeth, I’ll never know. Then again she was no prize herself, with that big nose, but she did have nice boobs and booty.

Wow I really went off on a big tangent there, where were we? Oh yea talking about this week in tennis. This week there is one tourney left in Nottingham for the guys that want to “tweak “a few things. We are going to put a few bucks on Rosol +130 and his big serve over Edmund. We will be back at the end of the week to take a good look at the Men’s and Women’s draw at Wimbledon so you get you futures bets down at America’s Bookie. Take care guys.