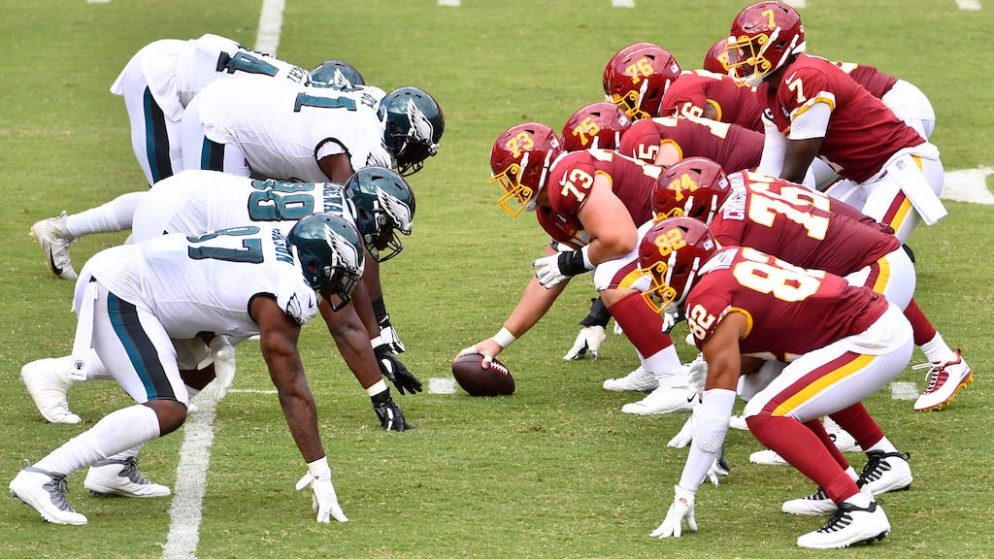 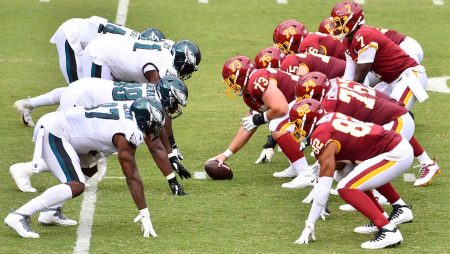 It’s the last freebie from us for the 2020 NFL regular season … where did that time go? It’ll be a Washington Eagles free pick.

One of the two NFL divisions still up for grabs in the final week of the regular season is the NFC East. Washington currently leads the division, but that could change by tonight.

The Eagles will have a chance to play spoiler, but they’re eliminated from playoff contention.

Weather Will Be a Factor

It looks like the weather could impact tonight’s Sunday Night Football game.

There is a 70% chance that rain will be pouring down in Philly once the game starts. With the rain, we could see both teams looking to run the football a bit more often than usual.

Injuries Will Also Play a Role

Miles Sanders is banged up again, though, which means Boston Scott will get the start. Scott has struggled this season in his back-up role, but he’ll have one final chance to shine.

Washington are banged up as well, but are expected to have their regular starters. What will this do for today’s Washington Eagles free pick.

Alex Smith, Antonio Gibson and Terry McLaurin are all listed as questionable, but will play. They need everyone to contribute if they want to win and claim the NFC East title.

No one was expecting Washington to contend this season, but the NFC East is weak again and they could steal the division with a record below .500. However, they have lost two consecutive games.

The Eagles have also lost two games in a row.

Jalen Hurts will have a chance to show he’s the future in Philly. Hurts has thrown 6 TDs and 3 INTs in his starts this season. Hurts didn’t play in the first game against Washington, which was in week 1.

Washington won the first head-to-head game (27-17) and I’d bet on them to win again tonight.

Prior to Washington winning the H2H game earlier this season, the Eagles had won six in a row in the series. The last three games in the H2H series have gone over the total.

With Washington still playing for the division and playoffs, I expect them to come out and put a beating on the Eagles. We will see Smith playing in the NFL playoffs this year.