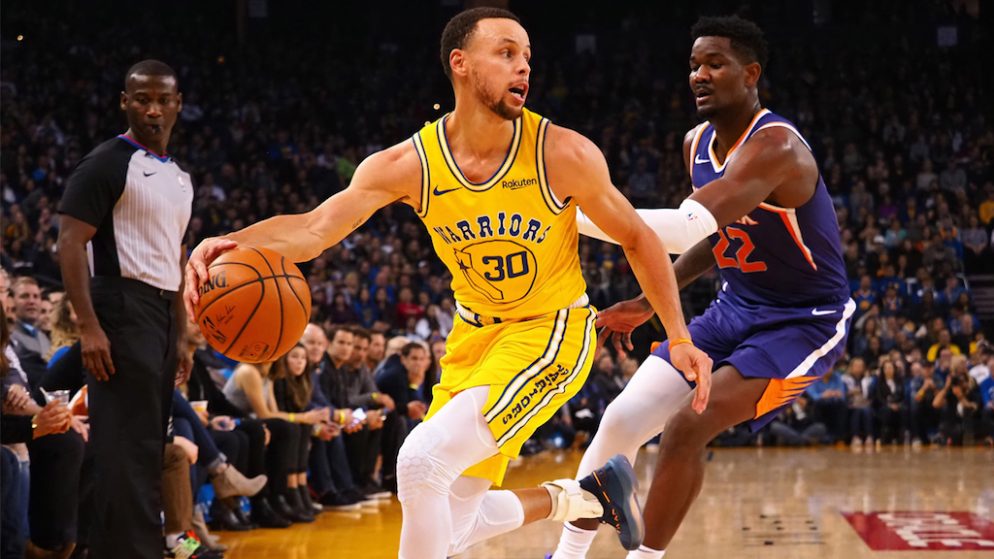 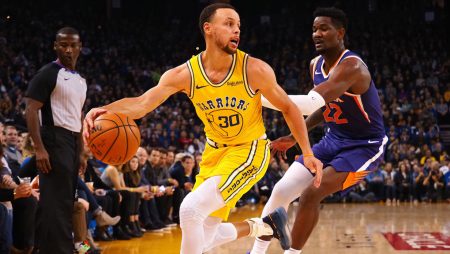 There isn’t much on the Thursday NBA schedule, but there’s enough to bring you this Warriors Suns free pick.

Phoenix, losers of three straight, are in dire need of a win. The Suns have lost three straight, all at home. They will take on Pacific Division rival Golden State on Thursday night at the PHX Arena searching for that elusive home win.

The Suns will likely have to do it without their leading scorer Devin Booker who is out with a hamstring injury. Booker did not play Wednesday night in the Suns’ loss to Oklahoma City. He is listed as questionable for Thursday’s game.

The Sun is Sinking

Phoenix hasn’t played well since starting the new season 5-1. In addition to losing their last three games, the Suns didn’t cover in those three games either. In fact, Phoenix has only covered the spread in three of their last ten games.

Booker is listed as questionable for tonight’s game. If he does play, that would be a boost for the Suns. Booker averages 22.9 points per game.

If Booker can’t go, Chris Paul has been picking up the slack. Paul, who averages 14.9 points and 8.8 assists a game, scored 32 points in the loss to the Thunder on Wednesday.

On the other end, it’s all about Stephen Curry for the Warriors. How he goes, so does my Warriors Suns free pick.

Curry leads the team in scoring averaging 27.7 points per game. He has had great success against the Suns in the past. In his last 17 games against Phoenix, the Warriors have won 15 times. Curry scored 40-plus points in two of those games and 30-plus in five more.

It’s a team effort though and when Curry shot poorly in a win over Minnesota on Wednesday night, rookie James Wiseman stepped up and scored 25 points to lead the Warriors. Golden State is now 3-1 against teams from the Pacific Division this season.

The Warriors won and covered each of their last two games. Golden State has covered the spread in four of its last six games and they are 10-4 ATS against Phoenix in their last 14 meetings.

With the success Curry has had against the Suns and their recent success and the fact that Booker might not play for the Suns, look for Golden State to keep this one within striking distance.