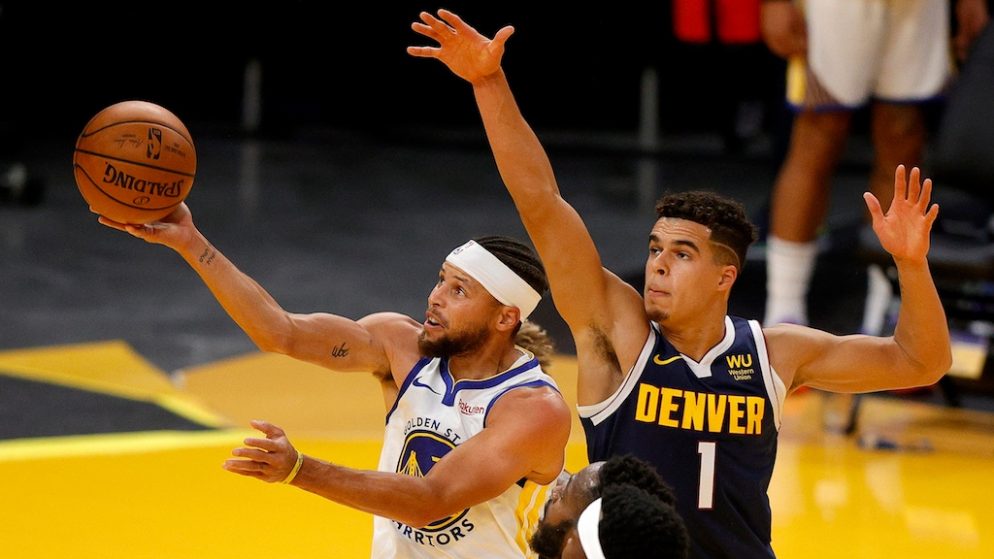 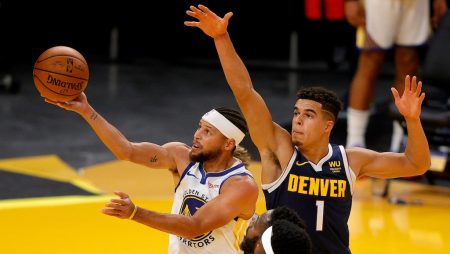 They may have one of the most prolific offenses in the NBA led by a center who averages a triple-double per game. They may score points by the bunches, but the Denver Nuggets lack the one thing they could have had with a win over Brooklyn in their last game – a winning record. I’ll try to improve my winning record tonight as well, with my Warriors Nuggets free pick.

Tonight’s free pick can help bettors improve their winning record. Denver welcomes the Warriors, who do have a winning record, to Ball Arena, one of the tougher places to play in the NBA.

The Warriors have been playing better as of late thanks to the return of Draymond Green. They still leave much to be desired. Steph Curry averages nearly 30 points per game yet Golden State is still ranked 23rd in the league in offensive efficiency.

Golden State needs to get more from Andrew Wiggins and Kelly Oubre. Curry simply cannot continue to carry the Warriors by himself. In games where Curry scores 30 or more points, the Warriors are 5-0. When the former two-time MVP doesn’t hit 30, Golden State is 1-5.

Denver, on the other hand, ranks second in offensive efficiency. The Nuggets average 116.5 points per game. Nikola Jokic averages 24.3 points, 10.9 rebounds, and 10.5 assists per game. Jamal Murray averages another 19.7 points and Michael Porter Jr. averages 19.5, but he has played in just four games due to coronavirus issues.

The Nuggets are one of the toughest home teams in the NBA. Teams have some difficulties playing at altitude in Ball Arena. That said, Denver still doesn’t have a winning record and they are even worse against the spread.

Denver may even their record, but Curry and the Warriors will keep this game close.