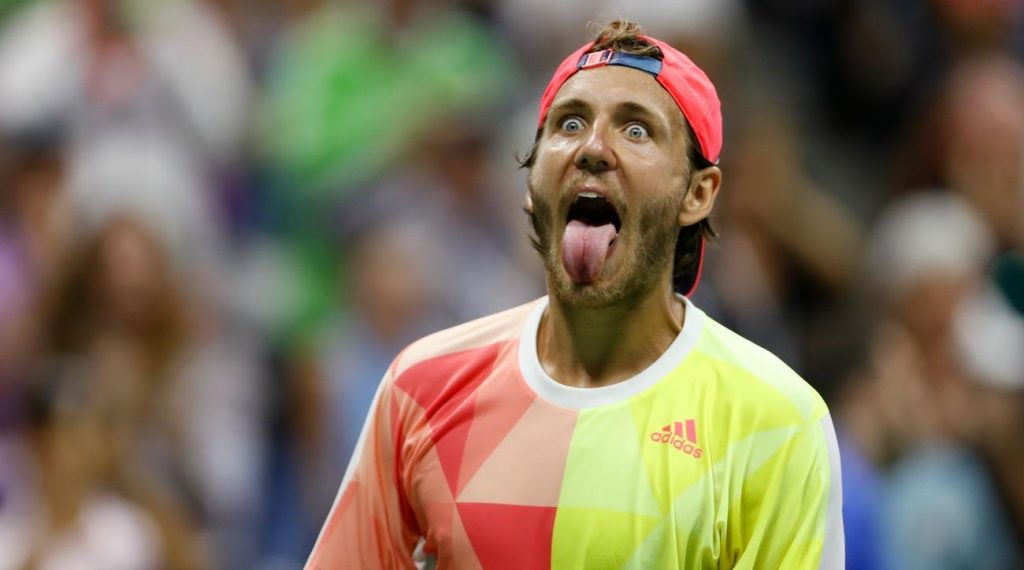 We are down to the Final 8 players in both the Men’s and Women’s Draw in Flushing Meadows so it’s good time to take closer look at what has happened and what will transpire.

For the men, the only real surprise was Nadal going down to Pouille. We watched that whole match and the young Frenchmen just had “Ice in his Blood.” Nadal played very well but even in the 5th set when he was ahead, he was never able to get Pouille to “cry uncle.” On match point, the kid hit a solid winner to close it out. Nadal himself was ripping forehands and coming into the net, but missed 1 short forehand at 5 all in the 5th set breaker, which cost him the match. The whole match was very well played and I’m glad that the player that made the last shot won, as opposed to someone choking. We find it hard to believe that Pouille will be able to put forth the same effort again; therefore it looks like Monfils, who is big favorite, should win his next match.

In the other quarter on the top half, Tsonga is also a big dog vs. Djokovic. We were wrong about Tsonga, even though his gut has gotten bigger, he has played well here. He won’t win this match but if you want to call up America’s Bookie and make some money, the +2.5 sets -120 sure looks like a solid bet to me.

On the bottom half, Del Potro is -165 to Warinka +125. Just as Wawrinka is “kryptonite” to Djokovic, so is Del Potro to Stan. Del Potro has won the last 4 times that they have played and you saw at Wimbledon this year that Stan can’t push the big lug around like he can most players so it’s a bad match up for him. Bet the Argentine here.

In the last Quarter we have Murray vs. Nishikori and the odds aren’t out yet, but even though Kei is playing very well the Brit will win this match. Murray is just playing too well right now and is 7-1 lifetime vs. Nishi. He won’t lose this match. Look for a Del Potro -Murray Semi Final.

For the Women, Serena is always the one to decide if she wins or not. She should have no problem beating Halep but that is unless she gets nervous, starts to be off balance, and starts to press. Serena should make the Semi Finals here.

The Konjuh story here has been fun while it lasted. Taking out Radwanska and Bertens were 2 very solid wins, but just like Pouille, “All good things must come to an end.” Bet Pliskova here.

On the other side the odds are out. Wozniacki is -285 over Sevastova +235. Caroline seems to have her personal problems taken care of and is having fun playing tennis again. Remember she was a Finalist here a few years ago. She moves forward into the Semis, and will face Kerber -650 who is just too good for Vinci. Angie has been so business-like in her matches recently. She will beat the Italian and then struggle but take out Wozniacki after that.

Except for the fact that Del Potro has a very good chance to spoil the party, it sure looks like the top 2 seeds will be playing in the Finals here. Of the top seeds in both draw, Murray is the player with the toughest draw, and could very well lose to the Argentine. We will talk more about the Finals later this week. Even though we love a good upset, Kerber-Serena and Djokovic- Murray will be a good way to end the Grand Slam season for 2016. Enjoy the tennis guys.