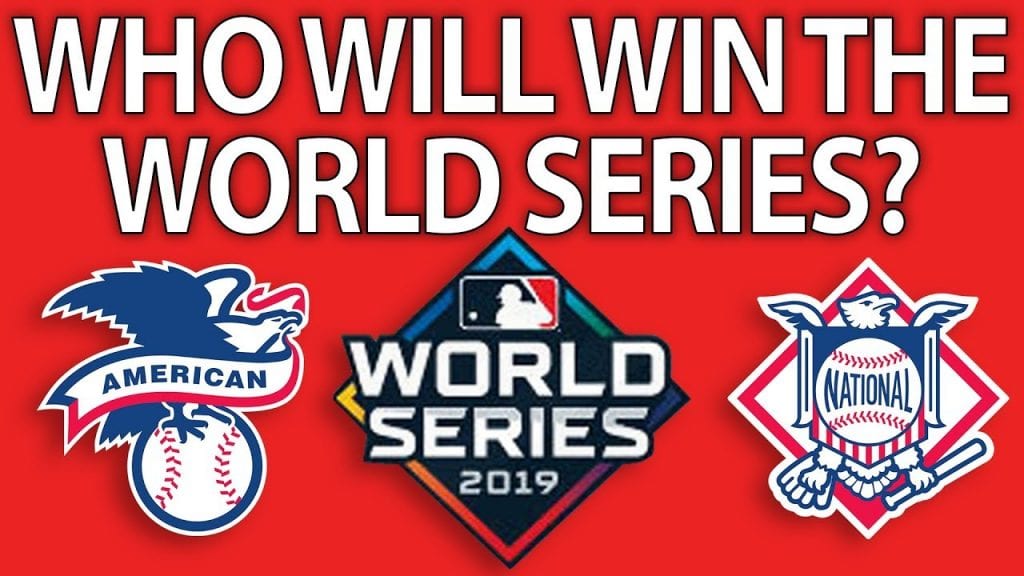 It’s time once again, now that the All-Star break has passed, to take a look at our World Series futures plans. Remember when Boston got right back in the thick of the AL East race after starting the season so poorly? Yeah, well, it’s déjà vu all over again like Yogi Berra said. The Red Sox have found way to drop into third place in the division while some of the usual suspects – Astros and Yankees – appear headed to the pennant. Let’s readjust once again as we consider our World Series futures.

USE A PRICE PER HEAD SERVICE THAT OFFERS MLB FUTURES

David Loggins just wanted her to come for the springtime. The Red Sox can’t seem to figure out when they want to come to Boston. The Red Sox are the only team in MLB with a winning record that has a losing record at home. Yes, Boston’s lineup is loaded and while reigning MVP Mookie Betts (.285, 15 HR, 47 RBI) and J.D. Martinez (.285, 19 HR, 51 RBI) are enjoying good seasons, they are nowhere close to last year’s production.

As it stands, Boston is listed at +2000 to win it all. That might seem like one of those longshot bets to take a chance on. Don’t. Here’s why. In the end, it all comes down to pitching and Boston just doesn’t have it this season.

See my article posted back in May, talking about the Red Sox chances to win the World Series.

The Astros, a +450 favorite to win this year’s World Series, also have the pitching staff to get it done. Justin Verlander is 12-4 with a 2.99 ERA and Gerrit Cole is 10-5. Wade Miley (8-4) and reliever Roberto Osuna (22 saves) give the Astros as strong a pitching staff as any.

Things That Make You Go Hmmm…

They ended the first half with four wins in five games and then started the second half with four straight victories. The Atlanta Braves own the NL East and are an intriguing bet at +850. They have three players with 20-plus home runs – Freddie Freeman (25), Ronald Acuna Jr. (24), and Josh Donaldson (23). They have two young pitchers in Max Fried (10-4) and Mike Soroka (10-2) who have combined for 20 wins. 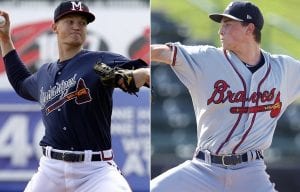 Max Fried and Mike Soroka have combined for 20 wins

Minnesota (+1150), leaders of the AL Central, are in a similar boat. The Twins have cooled somewhat since their first-half run to division lead, but they have the firepower to get to the World Series.

Minnesota has a full ten players with double-digit home runs led by Max Kepler’s 25 and Eddie Rosario’s 21. The Twins have a respectable pitching staff with Jose Berrios, Kyle Gibson, Michael Pineda, Martin Perez, and Jake Odorizzi all of whom have winning records. A little less than a month ago, the Twins were +700 to win the World Series.

Back to that Loggins’ song – what nobody likes 1970s AM radio hits? – you can always bet the big favorite. The Dodgers are simply fantastic. They are off to another great start in the 2019 season’s second half having won seven of ten.

Los Angeles has the game’s hottest player in Cody Bellinger who is batting .332 with 34 homers and 77 RBI. Max Muncy has 26 homers and Joc Pederson another 23 (as of writing this on Monday, July 22nd). And then there’s the rest of the lineup, which includes Justin Turner, Corey Seager, and more.

Pitching? Yeah, the Dodgers have that covered too. Hyun-Jin Ryu is 11-2 and Walker Buehler is 9-1. And then there is three-time Cy Young winner Clayton Kershaw who is 8-2. All of that adds up to the Dodgers (+250) being the favorite to win this year’s World Series.

The New York Yankees have taken control in the AL East and are tied with Houston for the most wins in the league. The Yankees now check in at +300 (compared to +350) to win it all this year. Don’t forget they have done all this without P Luis Severino and countless others, whom should return later this season.

Oakland continues to hang around sitting in second place in the AL West. The A’s were given +5500 odds a month ago. With eight wins in their last ten games, Oakland is now an attractive +2000 to win it all. The A’s have a solid lineup led by Matt Chapman and get a boost in the pitching staff with newly acquired Homer Bailey. 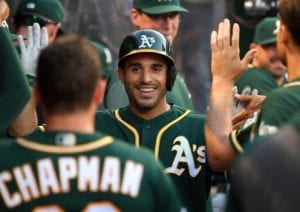 Oakland is attractive at +2000

So, you can play it safe and back the Dodgers, Astros, or Yankees. Atlanta, Minnesota, and even the Cubs at +950 are attractive bets and teams that have the potential to win a World Series title. But, what about a longshot? Where is the big money payout?

They will likely need some help, but the Tampa Bay Rays are a curious longshot at +2800. Not long ago, the Rays were sitting at +1750, but some injuries have prevented the team from reaching its potential. That could change.

Check out this article from 2015 titled, Great Year for Baseball

Early in the season, Tyler Glasnow was 6-1 with a 1.86 ERA in eight starts. He hasn’t pitched since May but is likely to return in late August. Charlie Morton is 11-3, Yonny Chirinos 8-5, Ryan Yarbrough 8-3, and Jalen Beeks 5-0. That doesn’t include last year’s AL Cy Young Award winner Blake Snell who got off to a rough start but is now 6-7 on the year.

Pitching wins championships and if Glasnow returns to early season form, the Rays yield a big payday with a run to a World Series championship.

Here’s how the World Series odds have shifted since July 5: