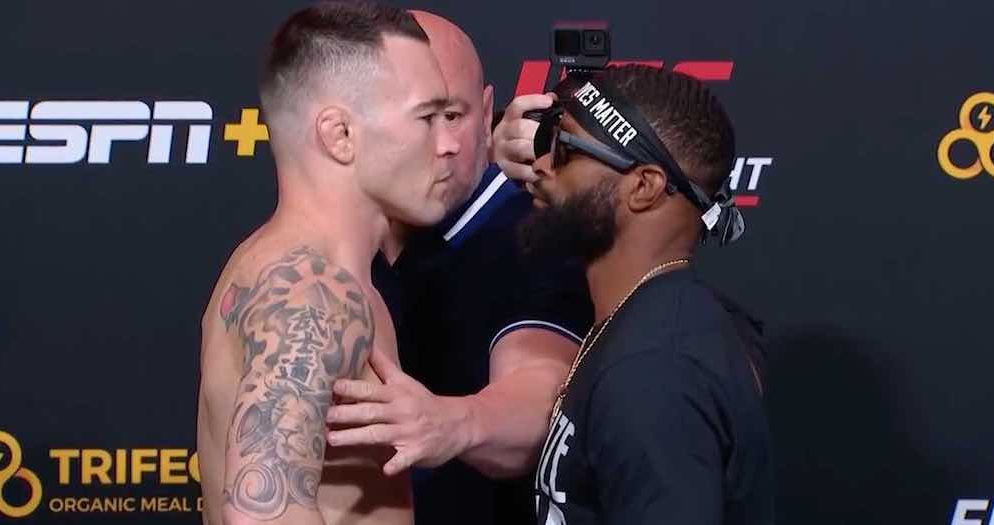 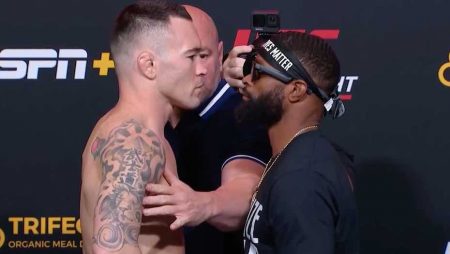 I’ve been red hot with my UFC picks, and I’m back tonight with a UFC on ESPN+ 36 pick from the UFC APEX facility in Vegas. Take a look at my winning UFC on ESPN+ 35 pick.

Colby Conbington (15-2) will fight Tyron Woodley (19-5-1) in the main event. This is a fight that has been a long time in the making. They were initially supposed to fight back in 2018.

There is a lot of bad blood between these two veteran fighters.

That should make this fight a lot more interesting. There’s no denying Woodley is likely nearing the end of his UFC career. He lost his lone fight in 2019 to Usman and lost this year to Burns.

Covington is also coming off a loss. He lost to Usman last December, but prior to that he was on a seven-fight winning streak , but his last five wins have all come by decision.

Covington comes into this fight as a huge favorite, which makes sense. He’s definitely the better fighter at this point in these guys’ careers, but Woodley always has a chance.

This fight is scheduled for five rounds and both of these guys are used to that.

Covington vs. Woodley – Tale of the Tape

Woodley is more of a counter-striker that likes to sit back and wait for openings. Covington likes to charge forward with volume and he likes to utilize his wrestling to take fights to the mat.

GETTING TO KNOW UFC BETTING

Taking this fight to the mat may be difficult. Covington averages 4.91 takedowns per 15 minutes (51% accuracy), but Woodley is rarely taken down and he has 90% takedown defense in his career.

However, Covington should still have the edge in striking as well.

Woodley has the better striking defense, but that’s because he’s often on his back foot circling the cage. That’s going to be tough against Covington who loves to push the pace.

This fight is going to be five rounds, as it’s the main event.

Both fighters have experience with five-round fights. In fact, five of Woodley’s last six fights have all gone five rounds. Covington has gone a full five rounds in two of his last three fights.

He made it to the 5th round against Usman before suffering a late knockout.

The best bet for this UFC on ESPN+ 36 main event is this fight going the distance. Covington should win the decision, but the odds at America’s Bookie aren’t much worse just betting the fight to go the distance.