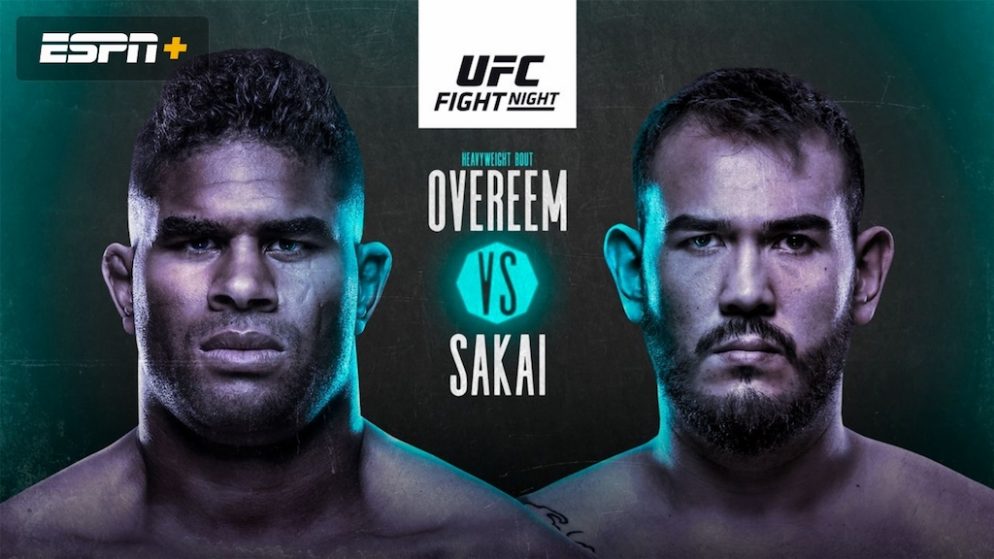 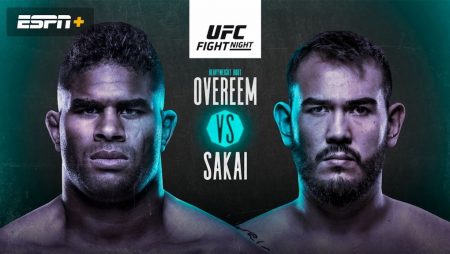 The UFC is back tonight from UFC APEX in Las Vegas. Heavyweights are headlining the fight card and that likely means we’re going to be in for some surprises at UFC on ESPN+ 34. But will my Overeem Sakai pick be one of them?

This main event is scheduled for five rounds, which could play a big role in this fight.

Despite having 65 professional fights under his belt, Overeem has only fought past the third round once. That came last year when he was knocked out in the fifth round by Rozenstruik.

Overeem doesn’t have much experience if this fight goes into the fourth and fifth rounds.

That’s not to say Sakai does either, as he has never fought in a five-round fight before.

When this fight initially opened, Overeem was a massive -270 favorite. The market has moved a lot in favor of Sakai, but has it moved too much? Overeem at -167 odds is awfully tempting.

These over/under odds are really pointing towards an Overeem win. Since losing to Ngannou and Blaydes, Overeem has gone 3-1 the last couple years with three TKO wins (two in the first round).

Overeem vs. Sakai Predictions – Tale of the Tape

Sakai has 11 TKO/KO wins. He’s 4-0 in the UFC, but no one thinks he won the Arlovski fight. He does have two knockout wins (Sherman and Tybura), but this is a huge step up in competition.

The longer this fight lasts, the better chance Sakai will have at the upset, but Sakai is a big HW and he’s not fast. He typically doesn’t gas, but he also hasn’t had Overeem throwing strikes at him.

Overeem has looked good lately. In his last four fights, he has landed four takedowns. It won’t be easy to take Sakai to the mat, as he has 83% TDD, but Ivanov landed one in Sakai’s last fight.

Sakai has been an active striker (5.45 SLpM), but his big problem is defense (3.89 SApM). Overeem only averages 2.18 SApM. Defense is even more important when it’s big heavyweights fighting.

My money is on Overeem to win straight-up on the moneyline at America’s Bookie. This is today’s Overeem Sakai pick.

Overeem has the edge in experience, he has shown us he still has gas in the tank based on recent results and he should be able to pick Sakai apart on his way to victory.

The over 1.5 rounds at -200 also looks like a great bet to throw on your UFC parlays tonight.