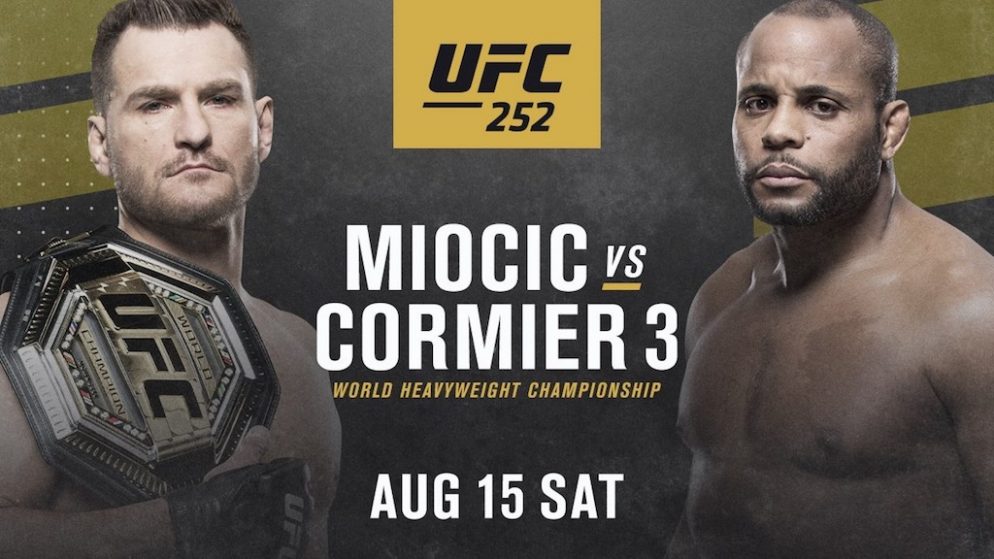 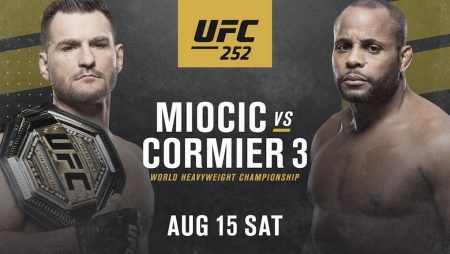 UFC 252 is tonight in Las Vegas and the main card will be available on pay-per-view (PPV).

Daniel Cormier (22-2-0-1) will fight Stipe Miocic (19-3) in the main event. This will be the third time that these two heavyweights have fought for the UFC Heavyweight Championship against each other.

HOW TO BET ON THE UFC

The trilogy will take place tonight and this is expected to be Cormier’s last fight. Sure, he was also supposed to retire after his last loss to Miocic, but I think he’ll actually retire this time.

The bookmakers have this fight as a complete toss-up. Action has been relatively even on both of these fighters and we’ve hardly seen any line movement since the odds were initially released.

Not sure who will win the trilogy fight? Why not look to the round total betting markets, such as the over/under. With this being a five-round fight, the odds on O2.5 (-150) looks tempting.

Cormier vs. Miocic 3 – Tale of the Tape

Miocic may be the better striker, but he lost the striking battle in the first two fights.

Cormier landed more strikes in the first fight (25 vs. 24) and the second fight (181 vs. 123). He opted to focus on striking rather than his wrestling, which would be a mistake tonight.

The striking battle is also close, but Miocic edges Cormier. Both fighters land at a 52% rate and they defend 56% of strikes, but Miocic (4.95 SLpM) is more active than Cormier (4.25 SLpM).

Cormier has the power to surprise Miocic, as we saw in the opening round of the first fight for those that love to bet on the UFC, but Miocic has one of the toughest chins in the heavyweight division (2 TKO/KO losses).

My money is on Miocic winning this fight with a late knockout in the fourth or fifth rounds.