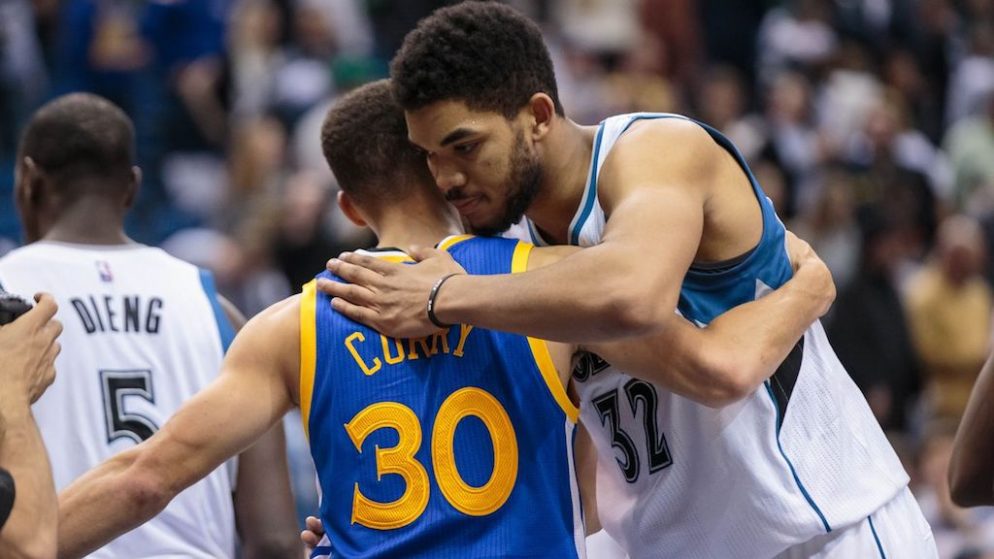 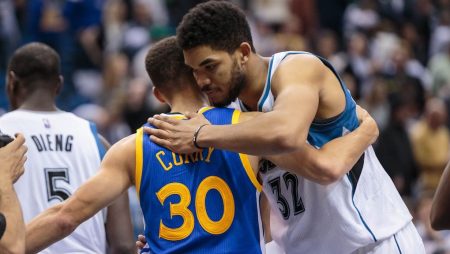 Minnesota hasn’t won on the road in five straight attempts, but will it affect today’s Timberwolves Warriors free pick? The Timberwolves haven’t won at Golden State in the last seven tries. With star Karl-Anthony Towns likely out of the lineup again, it’s unlikely that those numbers change for Minnesota.

While the Warriors have had the T-Wolves number as of late, bettors will be more concerned with a different number. That’s the focus of today’s NBA free pick.

AMERICA’S BOOKIE COVERS ALL YOUR ONLINE GAMBLING NEEDS IN 2021

It will be the first meeting between the T-Wolves and the Warriors since Minnesota traded Andrew Wiggins to Golden State for D’Angelo Russell last season. Wiggins’ scoring average is down a little (17.4 ppg) playing alongside Stephen Curry, who is among the NBA leaders at 27.9 points a game.

Russell is Minnesota’s second-leading scorer averaging 20.5 points per game. He sat out Minnesota’s win over New Orleans on Saturday night. He should be well-rested and should take on the bulk of the scoring load if Towns, who is listed as day-to-day, does not play.

Whether Towns plays or not, the T-Wolves have been far less than stellar in their past ten games. They are just 2-8 and the defense allows 114.4 points per game on 46.2 percent shooting from the field.

Because of the poor defense, not only has Minnesota won just twice in its last ten games, the T-Wolves are just 5-5 ATS. They are 2-4 ATS in their last six games on the road. As an 8-point road underdog at online sportsbooks, it’s hard to have a lot of confidence in Minnesota covering that spread.

The number that makes more sense is the Under. The last three times theT-Wolves and Warriors have played the average total has been 214. That’s well below tonight’s total of 225.5.

In Minnesota’s last six games, the Under has cashed in four. It’s similar numbers for the Warriors, who average 111 points per game and have only scored over 120 once in their past nine games.

That’s why bettors will play the Under on Monday night.