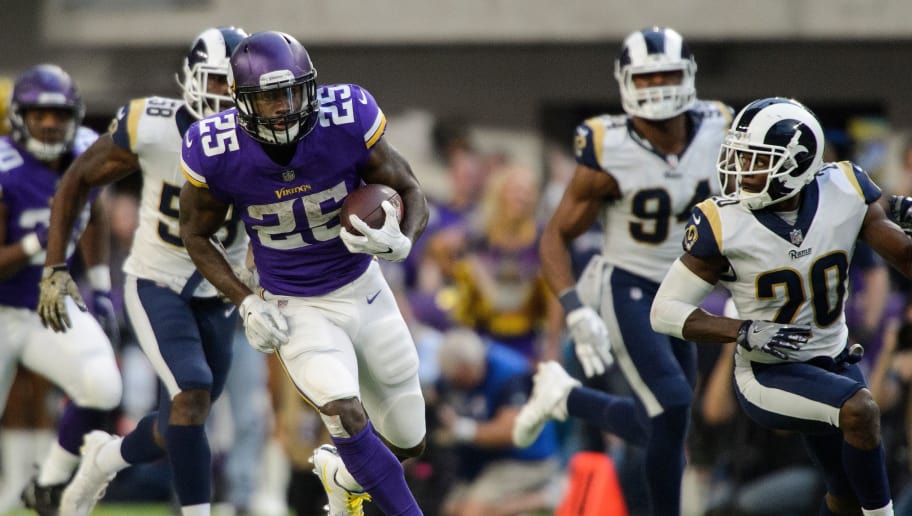 For the second straight week a team with a tie plays on Thursday Night Football, and it’s only Week 4, after the Browns got a much needed win and now the Vikings travel to play the Rams at the Coliseum.

This one opened at 6.5 at most sportsbooks, and has gone back and forth to -7 where it is as I write this on Wednesday afternoon, but you can find it at -7.5 if you know where to look.

After 3 weeks, the Rams have three wide receivers with 15 or more receptions, with 4 different pass catchers having at least 1 touchdown. Although he’s been held out of the endzone so far, WR Brandin Cooks leads the team with 336 receiving yards, including 7 plays of 20 yards or more. Try to find a big play prop for Cooks.

The Vikings started the year with a win versus the 49ers, but were let down by their kicker in a 29-29 tie with the Packers in Week 2 and got smashed at home by what we thought was one among one of the worst teams in the league. The Bills came into U.S. Bank Stadium and spanked the Vikings for a 27-0 lead at half time.

The Vikings are a well coached team, and I expect them to be ready for this primetime matchup. Did the Everson Griffin story have something to do with them coming out flat last week?

The Rams will most likely win this one, but the loss of Peters and Talib will rear its head early. The Vikings may be leading at the half, so a +178 first half moneyline can be considered, but I’m taking Vikings 1H +4-105.