This Week in Tennis 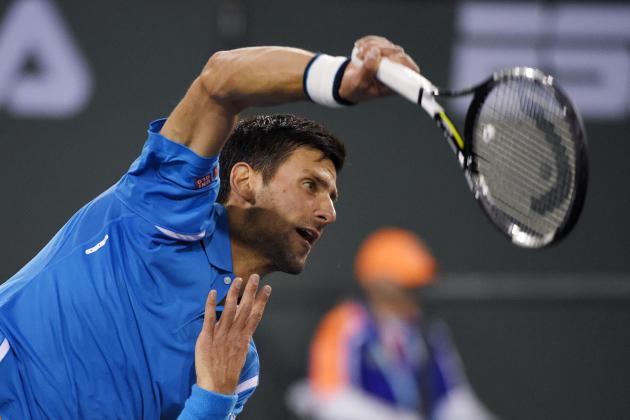 The Djokovic train just keeps “chuggin along”, it’s debatable that he is becoming as dominant now as Federer was in his prime, and Mac and Connors were in theirs. It’s seems that every 10 years a player comes along that is just the prohibitive favorite. In the 70’s it was Connors, winning every week, till he started to be challenged by Borg and Vilas. In the 80’s Mac took it for a while till Lendl started to take over. In the 90’s there was a “Hodge Podge” of players fighting for number one, after Lendl started to decline, until Federer came along and cleaned up the “Heavy weight division” as Mike Tyson did at one time. This continued till now, and “The Joker” is the man.

There have been a few guys like Nadal and Murray to challenge for a short time, but now Novak is just going about his business. At Indian Wells it looked like Raonic was going to give “Gumby” a tough time in the finals, after all he had only been broken 4 times all week. Djokovic had other ideas and broke him half a much in the first 4 games and Milos quickly knew he was overmatched, and went down meekly “Love and 2”. There is no one right now that can compete. The odds right now at AmericasBookie.com for him to win the Grand slam are 3-1, and the odds for him not to winning anymore slams this year are 10-1. When those are the odds, you must be doing something right.

Just a quick comment on the tournament director who may have gone a bit overboard with his comment about women getting down on their knees and thanking God that guys like Roger and Novak are around to carry them. He is right, in the 70’s the Virgina Slims tour didn’t pay shit and now the girls are getting as much as the guys in the Slams, for only playing 2 out 3 sets instead of 3 out of 5. In this day of Twitter and “political correctness” he might’ve chosen his words more carefully, but if not for the quality of the men’s game for the last 40 years, there would be nowhere near the prize money the girls are receiving now.

We are onto Miami now for the Master’s event there, which will take 2 weeks with the first main draw matches beginning on Thursday, and then we head of to Europe for the clay court season. Enjoy the tennis guys; it will give you something to do bet on when March Madness isn’t on T.V. Take care.