The Significance of the Role Player 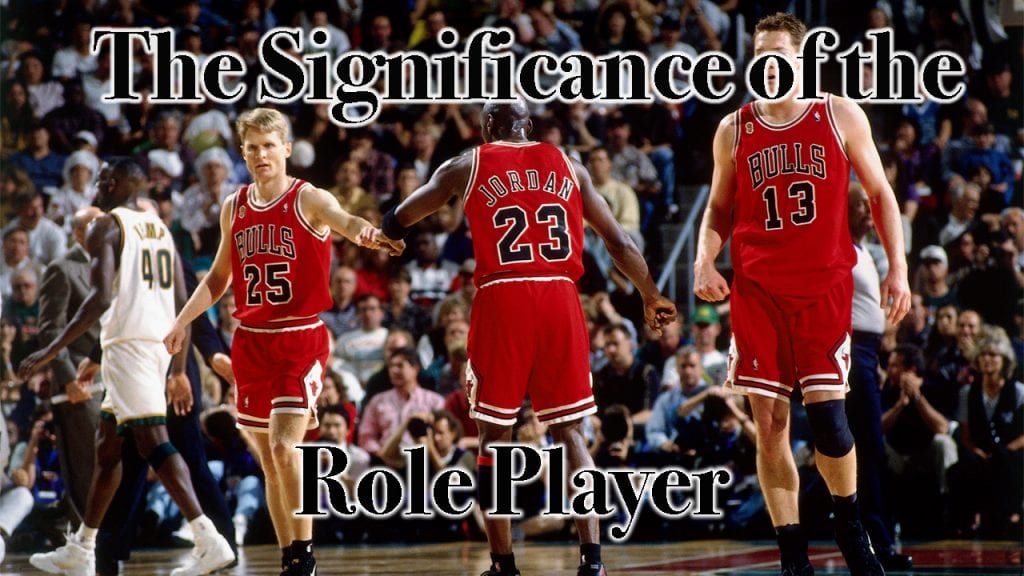 The Duke Blue Devils are the nation’s No. 1-ranked college basketball team. They are 11-1 with wins over Kentucky (then No. 2), Auburn (then No. 8) and Texas Tech (then No. 12). Head coach Mike Krzyzewski and Duke’s only loss was by two points to a then third-ranked Gonzaga team.

Don’t miss any more of our college basketball content!

R.J. Barrett averages 23.8 points per game and could be the No. 1 pick in this year’s NBA Draft. Zion Williamson is a human highlight reel with amazing dunks, 19.8 points, and 9.4 rebounds per game. Don’t forget Cam Reddish, a smooth 6-8 forward who averages 13.5 points a game and is another likely lottery pick.

Underneath all of Duke’s success is a 6-2 freshman guard who averages just 8.7 points and 5.6 assists per game. Despite the rather modest stat line, Tre Jones is the guy that makes Duke go. If you don’t believe it, just ask Krzyzewski.

Sure, when Duke needs a basket they want the ball in the hands of Barrett or Williamson, but how does it get there? Williamson’s ridiculous dunks usually start in transition. That transition is started by Jones who pushes the ball up the floor quickly creating passes to Williamson for posterizing dunks and to Barrett for long-range 3-pointers.

Not All Air Jordan

When the Chicago Bulls won their third straight NBA title in 1993, it was not Michael Jordan who provided the game-winner in Game 6 of the Bulls’ series with Phoenix. That honor went to John Paxson, a career 7.2 points a game scorer. During the Bulls third title season, Paxson scored just 4.2 points per game.

In 1997, it was another well-known shooter who scored the game-winner for Chicago in their win over Utah. Now the head coach of the defending NBA champion Golden State Warriors, Steve Kerr enjoyed the glory with his game-winning shot against the Jazz.

Like Paxson, Kerr didn’t have a huge stat line averaging just 6.0 points per game for his career. One thing is certain. Without Paxson, Kerr, and guys like Horace Grant; the Chicago Bulls would have had a hard time winning six NBA titles.

There might be no better team to examine for role players than the New England Patriots. Having won the last 10 straight (and 15 of the last 16) AFC East titles, the Patriots can trace a lot of their success to players who simply know their role. One of those players is running back James White.

Did you see our FREE PICK for Sunday’s Wild Card game?

A fourth-round draft pick in 2014, White has only started 12 games in five seasons in New England. He rushed for 425 yards this season, a career-high. He is a great receiver out of the backfield as evidenced by his 87 receptions this year. White fills a role and he fills it well. Over the past four postseasons, White has seven touchdowns. One of those scores was the game-winner in overtime of Super Bowl LI.

Bettors should search for teams with not just the stars, but also the role players needed to win games. The Los Angeles Lakers have LeBron James, which is all the Lakers need in some cases, but do they have the role players to win big games? Draymond Green fills a huge role in Golden State. His health has been a concern for the Warriors recently. Bettors need to take that into account.

As the NFL postseason begins soon, the New Orleans Saints and Kansas City Chiefs may be the favorites, but a closer look at each team’s role players might be needed before wagering on either to become Super Bowl LIII champion.