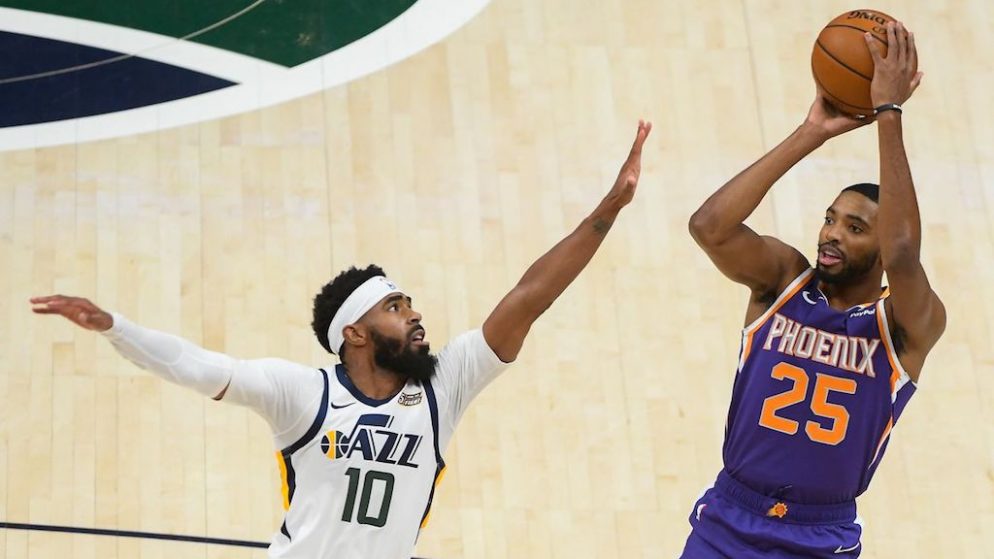 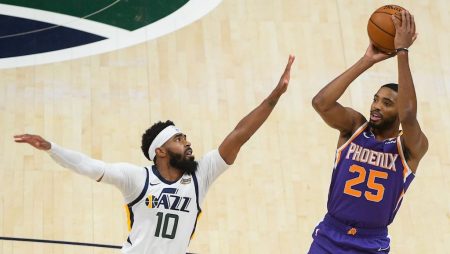 Both Phoenix and Utah are looking to end one of the strangest and most difficult years in modern history. Both would like to end 2020 on a high note. So would I with tonight’s Suns Jazz free pick.

The Suns are 3-1 and have won two straight. Phoenix is hot, but has to travel to Salt Lake City where the Jazz are one of the best home teams in the NBA.

Reaching for the Suns

The acquisition of Chris Paul has taken the Suns to a different level. They have a ton of young talent including Devin Booker and 7-footer Deandre Ayton. Both Booker and Ayton have played like All-Stars in these early games.

With Paul on the floor, Booker doesn’t have to run the offense which frees him up to spread the floor and make the Phoenix offense more dangerous. Paul’s arrival has also changed the Suns tempo on offense.

Last season, Phoenix was 10th in the NBA in offensive pace. This year with Paul slowing things down in the half-court, the Suns are 28th.

What is really surprising is the Phoenix defense. Paul is an elite on-ball defender, Ayton is a force inside, and young Mikal Bridges has potential to make the league’s All-Defensive team by year’s end. As a result, Phoenix is No. 1 in the NBA in points allowed per game (98.5).

Utah is – and has been – a defense-first basketball team. Center Rudy Gobert is a two-time NBA Defensive Player of the Year award winner. The Jazz are seventh in points allowed (108.3) this season. This may be key to tonight’s Suns Jazz free pick.

On the offensive end, not much has changed in Utah. Guard Donovan Mitchell leads the team averaging 20.3 points per game. He’s had a rough shooting stretch through the team’s first three games. Mitchell is shooting just 32 percent from three-point range.

One of the reasons Utah is so good at home is related to Vivint Smart Home Arena’s location. The Jazz’s home is 4,000 feet above sea level. The elevation has an effect on the human body making it difficult for those not used to it.

Playing at elevation can often affect the pace of a game in Utah. Phoenix already ranks last in possessions per game (101) and Utah is 24th (104.7). Thursday night’s game should be a slower-paced, defensive battle.

In all four of Phoenix’s games this season, the Under has cashed. In this Suns-Jazz series, the Under has hit in six of the last eight meetings between the two teams. It will hit again on New Year’s Eve.