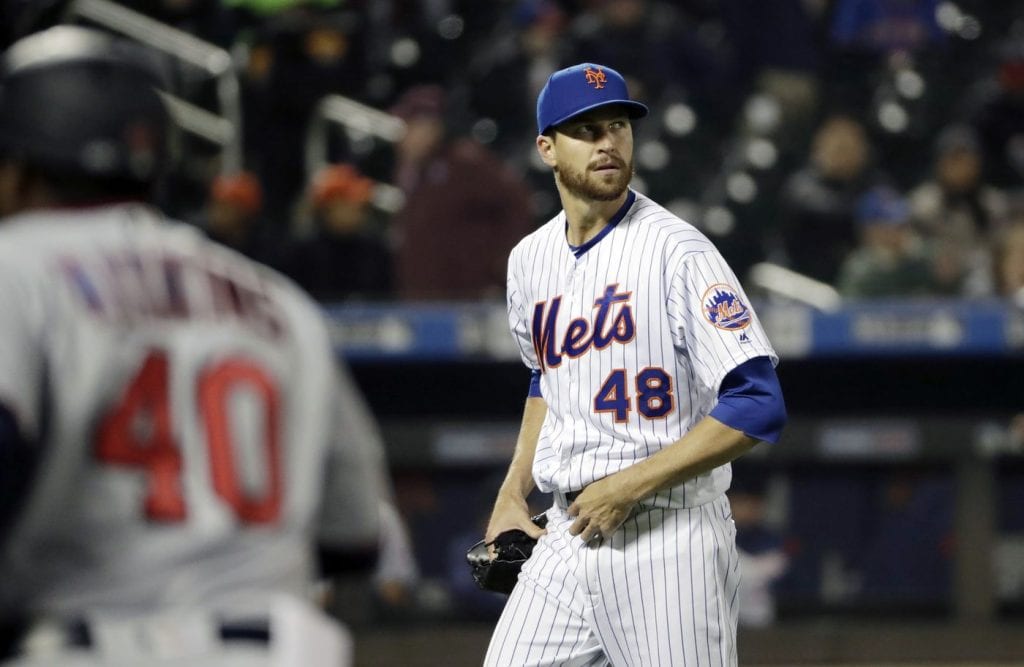 Wow…what a weekend it’s already been in sports, and we still have Sunday. Who will don the green jacket at Augusta, can the Islanders, Blue Jackets and Blues take commanding 3-0 leads in their NHL playoff series’ and lets not forget the 4 Game 1’s in the first round of the NBA playoffs. Even with all that action, my best bet comes from ESPN Sunday Night Baseball.

FIND A TOP ONLINE SPORTSBOOK AND PLACE THIS BET

Last year’s NL Cy Young winner Jacob deGrom got shelled his last time out, allowing 6 earned runs on 8 hits against the Twins on Tuesday. Before that, he had allowed a total of 8 hits in his previous 2 starts, not giving up a run while striking out 24 in 13 innings.

Braves starter Julio Teheran also got knocked around his last time out, giving up 6 earned on 5 hits and 3 walks in Colorado on Monday. Prior to that start, he had given up 1 run in a no-decision versus the Cubs and 3 earned in his first start of the year in Philadelphia.

A few Braves have had success against deGrom in the past, including Freddie Freeman, who has a .273 average in the 44 at-bats he’s had against deGrom, including 2 homers. The only player on the Mets that has hit well against Teheran with more than 10 at-bats against him is Wilson Ramos, who sports a .357 average in 14 ABs. 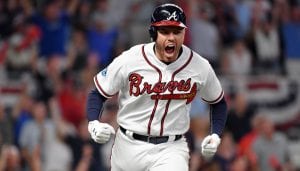 I’m expecting this one to start slow, and be a pitchers duel for the first half of the game until these teams put some hits together for a few runs, but then the bullpens will do the rest, keeping this one under the total.