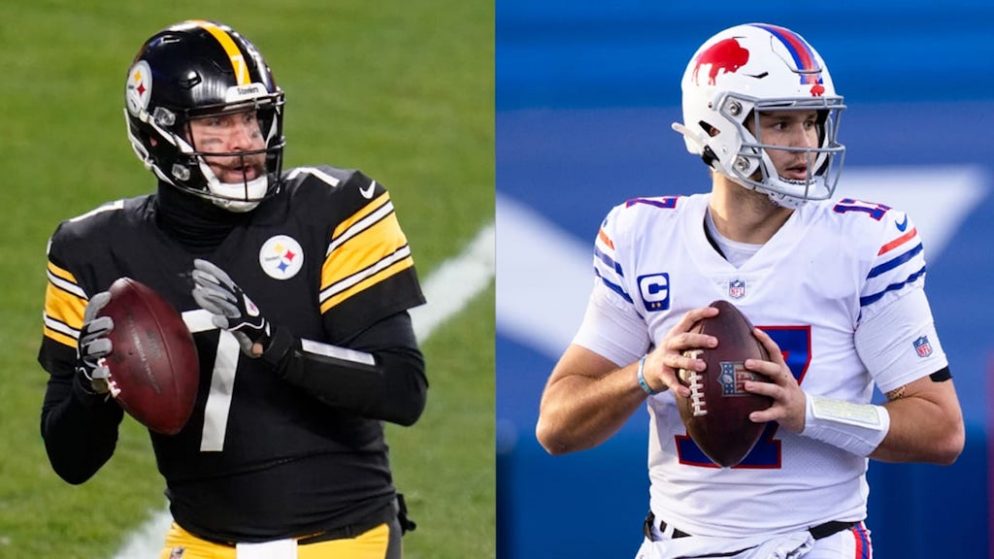 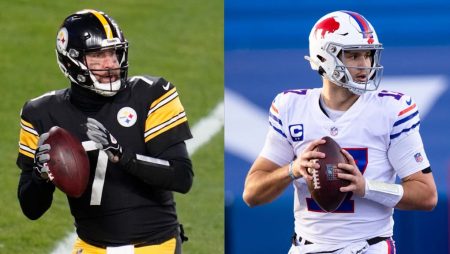 There are no longer any undefeated teams in the NFL this season, as the Steelers suffered their first loss of the season against Washington (23-17) last week.

Pittsburgh come into this match-up leading the AFC North, while the Bills lead the AFC East.

Both of these teams are healthy, which is always good around this time of the year.

These two teams are both going to make the NFL playoffs as well. Pittsburgh can lock up first place in the AFC North with a road win. The Steelers are 5-0 on the road this season.

However, the Bills are 5-1 at home and always tough to bear at Orchard Park, especially this time of the year when it’s cold outside. Pittsburgh is a team that can handle cold weather as well, though.

Both teams can score points in a hurry. The Bills and Steelers are both averaging 27.8 PPG (7th).

Ben Roethlisberger is having a great season after returning from an injury last season. Big Ben has thrown for 3105 yards, 27 TDs and 7 INTs. Josh Allen has 3403 yards, 26 TDs and 8 INTs.

Pittsburgh have the edge of defense, though. The Steelers rank #1 in points allowed (17.6 PPG), while the Bills rank #18 (25.5 PPG). Can the Steelers shut down the Bills offense this week?

I expect both teams to score points on primetime tonight, and is the direction of my Steelers Bills free pick.

Both QBs have a lot of weapons in the passing game. Stefon Diggs and Cole Beasley are having big seasons for the Bills. Allen is also capable of beating defenses with his feet.

The safest play tonight is on the over 49 points.

I rarely ever will bet against the Bills at home, but the Steelers are going to be motivated to get back in the win column after an embarrassing loss and I expect this will be a very close game