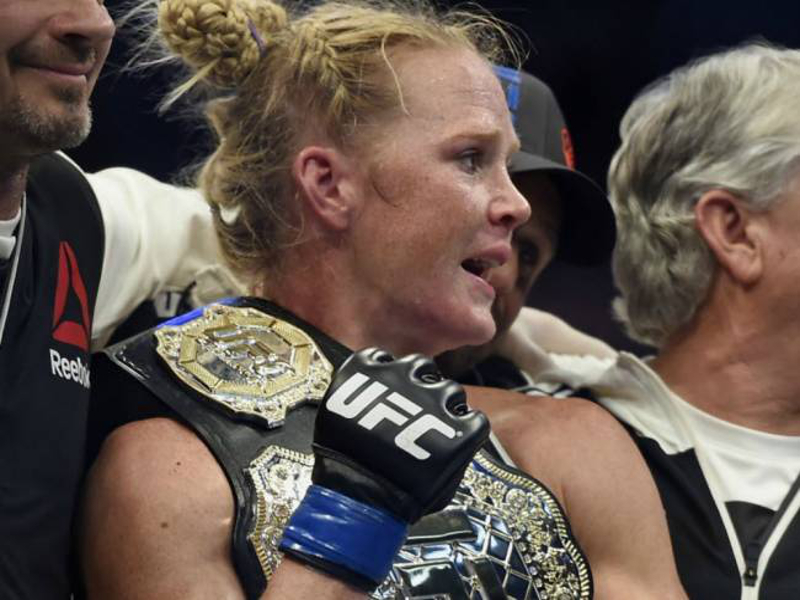 Late into the night and early Sunday morning, shockwaves from the land down under spread over the world.  A near -2000 and at times greater favorite not only fell but looked almost impotent in the ring.  UFC 193 was one heck of an evening that was punctuated by the kick to the head by Holly Holm.  Americas Bookie’s The Brink will bring you reaction as well as the stunning animated graphic that shows the final few seconds of the champ’s reign.  This and your NFL Free Pick to Plunder on this Sunday edition of The Brink.

Okay we deserve heat for not knowing the female term for a bullfighter but you get what we mean.  In the first round, the omens were there as Holly Holm made Rousey appear almost oafish.  Almost with a “Hulk Smash!,” mentality, she tried going forward to take Holm to the floor.  Most times Holly waved the bull by peppering her with punches.  One connected with such pop that Rhonda’s mouthpiece was propelled across the ring.  Even when the bull connected and got Holm on the ground, she wiggled free with little effort.  Something was literally coming afoot very soon.

Words can not describe the carnage as kick connected to temple and the dominoes fell to the floor.  Title gone as Holm pounded the helpless who was on the ground.  Sit back and soak in the graphic.

So at prices well over +1000 for many, The Brink raises our collective glass and toast those that had the heart to lay it on the line and come out correct with cash in hand on an iconic moment in UFC history.

One of the keys to the season is becoming obvious..  Have  running backs that are above average and healthy and watch them consume the yardage.  Buffalo did this and now the Eagles are right behind.  DeMarco and company are starting to chew up the ground against a porous Dolphins defensive line.  The players made their point in Miami by having that two game mini surge that the problem could have been former coach Philbin.  Now the effort is gone and so is the heart for road games.  The Fins (3-5) roll into Philadelphia (4-4) a touchdown underdog.  Not enough points as the Eagles roll over a disinterested Miami team.  Take the Eagles minus the points in this gone.

Good fortune to all of us today.  America’s Bookie is that beacon on the internet where those in the United States can convert their sports knowledge into cash.  Prove your merit and come hoe with the cash.  Deposit now and let your wisdom take your wallet to new heights here at the AB.