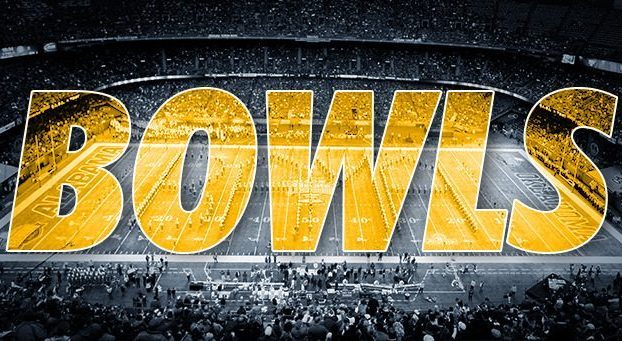 The college football bowl season is a betting marathon with 40+ games over the span of nearly a month. This makes it all the more important to get out of the gate fast with a couple of winning plays in the opening round of bowl games this Saturday.
The following is a brief look at three of the games on Saturday’s slate where the betting trends clearly favor one side over the other in light of the betting pointspread across the board at a number of the top online sportsbooks taking action on the games.

Las Vegas Bowl- No. 25 Boise State Broncos vs. Oregon Ducks (-7.5)
Boise State won the Mountain West title this season with back-to-back victories against Fresno State in its last two games. While the 10-3 Broncos failed to cover against the spread in both of those wins, they were still a respectable 8-5 ATS. They did cover against Washington State and San Diego State in their only two games closing as underdogs. Boise State has gone 4-1 ATS in its last five games coming off a SU win.
The Ducks come into Saturday’s game with a brand new head coach Mario Cristobal after serving as the team’s offensive coordinator during their SU 7-5 run through the regular season. They went an even 6-6 ATS after covering in their final two games. The concern for this matchup is a 2-5-1 record ATS in Oregon’s last eight games outside the Pac-12 to go with a 2-9-1 ATS record in its last 12 games coming off a SU win.

New Mexico Bowl- Marshall Thundering Herd vs. Colorado State Rams (-5.5)
Marshall finished its season on a down note with just one SU victory in its last five games as part of a 7-5 record overall. What makes the Thundering Herd so attractive for bettors in this matchup is an 8-4 record ATS that includes a perfect 5-0 run covering when closing as underdogs. They are also a perfect 5-0 ATS in their last five bowl games and 19-6-1 ATS in their last 26 games played outside of Conference USA.
The Rams went 1-3 SU in their last four games as part of a SU 7-5 record overall. When it came to betting on Colorado State it was a very tough road to hoe at 4-8 ATS after it failed to cover in its last six games. Its ATS record when closing as a favorite was 3-6. The Rams have also failed to cover in five of their last seven bowl games and they are a dismal 0-5-1 ATS in their last six games played at a neutral site.

Camellia Bowl- Middle Tennessee St. Blue Raiders vs. Arkansas St. Red Wolves (-3.5)
The C-USA Blue Raiders rallied to make it into a bowl this season at 6-6 with three SU victories in their last four games. Their record ATS failed to make the grade at 5-7 after failing to cover in four of their last six outings. This includes a 1-4 mark ATS when closing as underdogs. Middle Tennessee has failed to cover in its last six games coming off a SU win and it brings a 0-4 mark ATS into Saturday’s matchup over the course of its last four bowl appearances.
The Sun Belt’s Red Wolves finished their season 7-4 SU with a 6-5 record ATS. While they failed to cover in three of their last four games, they still went 5-3 ATS in eight games this season closing as favorites. Going back over Arkansas State’s last 20 games, it has gone 14-6 ATS and in a head-to-head matchup against the Blue Raiders, it has gone 4-1 both SU and ATS in the last five meetings.