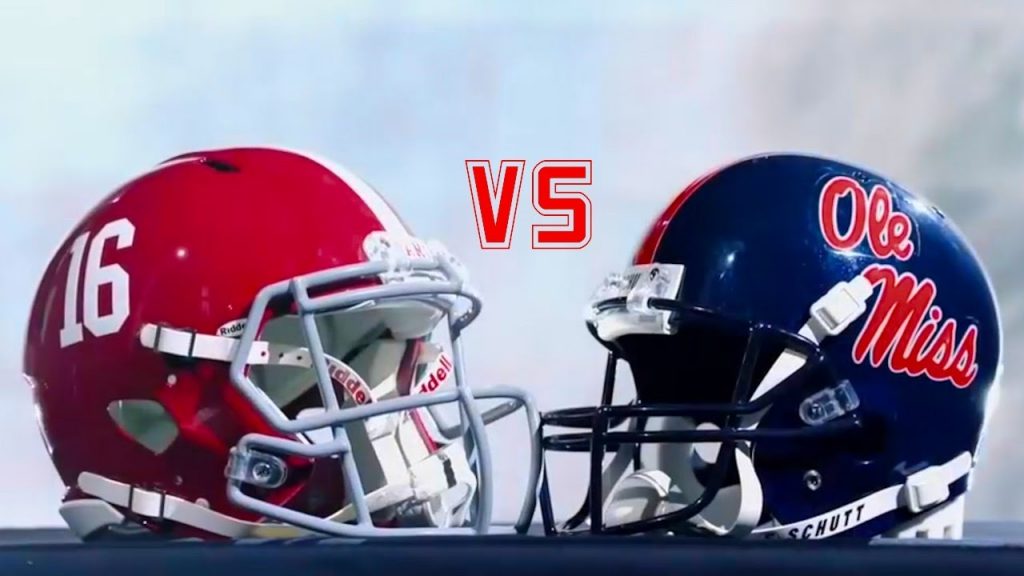 One of the most storied rivalries in all of sports that started back in 1894, adds another game to the list on Saturday. Both the Tide and Rebels come into this one 2-0, with the Revels beating their opponents by an average of 27.5 points and the Tide taking it to their competition winning by an average of 47.5 points.

Alabama has controlled this series of late, winning 8 of the last 10, although Ole Miss has the edge against the spread at 6-4. These two have averaged 80 combined points in their last three meetings, with the total going OVER in all three. This is worth noting this with the current total being set at 70.5.

This one features two starting quarterbacks from Hawaii, and both have looked great to start the season. Tua Tagovailoa, who took the college football by storm when Nick Saban started him in the second half of the National Championship game last season, has thrown for 455 yards on only 35 pass attempts. Maybe his best stat is the fact he’s thrown six TDs and no interceptions.

Not to be outdone, Ole Miss QB Jordan Ta’amu has thrown for 784 yards, seven touchdowns and no INTs. Maybe the biggest issue facing the Rebels is the fact their defense has been having trouble stopping anyone, but I expect them to raise the bar on Saturday at home against the Tide.