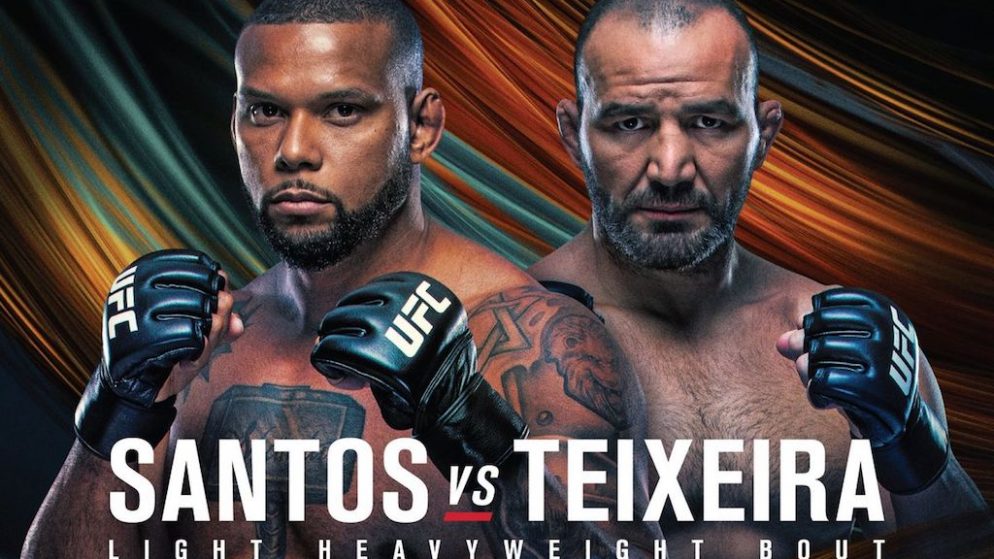 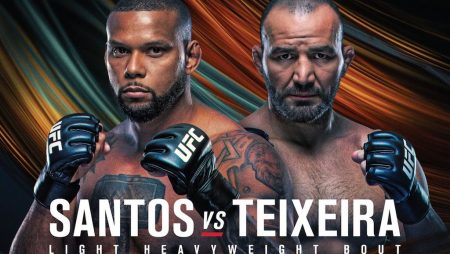 Are you ready for today’s Santos Teixeira free pick? UFC Vegas 13 (UFC on ESPN+ 40) is tonight in Las Vegas from the APEX facility.

Before I get into tonight’s pick, check out last week’s UFC win, where I picked Bryce Mitchell to beat Andre Fili. You can see it here at my Mitchell Fili free pick article.

Thiago Santos (21-7) lost his last fight to Jon Jones last year, but he’s getting back in the cage in the main event tonight against veteran Glover Teixeira (31-7) who is on a four-fight win streak.

Teixeira has always struggled against the best competition he has fought throughout his career, but he has dominated most of his other opponents and he continues to do so at 41 years old.

The moneyline odds on this fight haven’t moved too much since opening at America’s Bookie. Santos opened up as a -220 favorite and he has been bet up slightly to -225 at the time of publishing.

For some reason, the public likes this fight ending early on, but I wouldn’t bank on that happening tonight. There are several reasons I expect this fight to go over the round total.

Santos vs. Teixeira – Tale of the Tape

First off, Santos has had a lengthy layoff since losing to Jones. He took a lot of punishment in that fight and I expect there to be a bit of cage rust when he comes out in the cage tonight.

Santos is likely to settle down and pick up a stoppage win eventually, though.

These two Brazilians are going to put on a show in the UFC Vegas 13 main event.