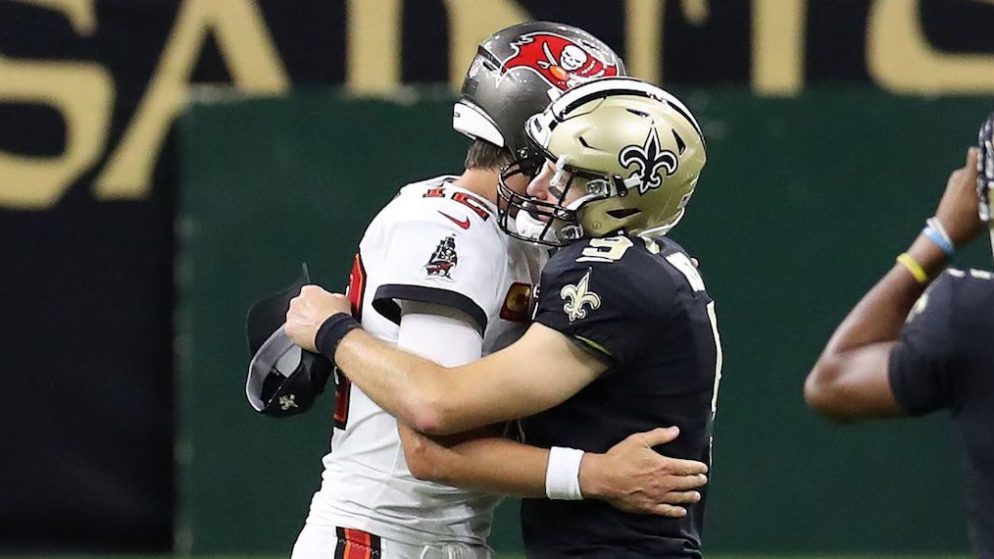 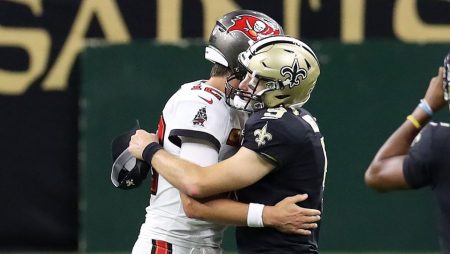 We have an NFC South match-up between the Saints and Buccaneers on Sunday night. From it, I have your Saints Buccaneers free pick.

The Tampa Bay Buccaneers lead the division, but the Saints can take the lead with a win. Both of these teams come into this game on long winning streaks.

New Orleans have won four games in a row and the Bucs have won three consecutive games.

For some reason, the total continues to drop in this game and I’m not sure why.

This total opened up at 54.5 points and is now only 50 points. The last three head-to-head games have gone over the total and each of those games surpassed 50+ points.

Earlier in the week, there were some injury concerns, but that’s no longer the case.

Drew Brees and Alvin Kamara are both good to go. There was some concern they may have to miss the game. Michael Thomas is trending towards playing tonight, and these 3 could have a big part of my Saints Buccaneers free pick.

Brees and the Saints offense have always had success against the Bucs in recent years.

The Saints have scored 28+ points in the last five H2H meetings. This season, the Saints are scoring 29.4 PPG, so I expect them to be able to score more than what they’re averaging.

The Bucs offense has been even better than the Saints in 2020. The Buccaneers are scoring 30.9 PPG (4th). Tom Brady has a ton of weapons in TB. Strangely enough, Scotty Miller leads all WRs in yards.

Mike Evans and Chris Godwin have both missed some action this season, but both are expected to play tonight, so Brady will have all of his weapons, which should mean plenty of points.

The Bucs have eight players that have 100+ receiving yards already in just eight games. When you’re able to spread the football around like that, it makes it really tough for opposing defenses.

Kamara has been the focal point of the Saints offense with Thomas out. Kamara leads the team in rushing yards (431) and receiving yards (556). He also has 7 TDs already this season.