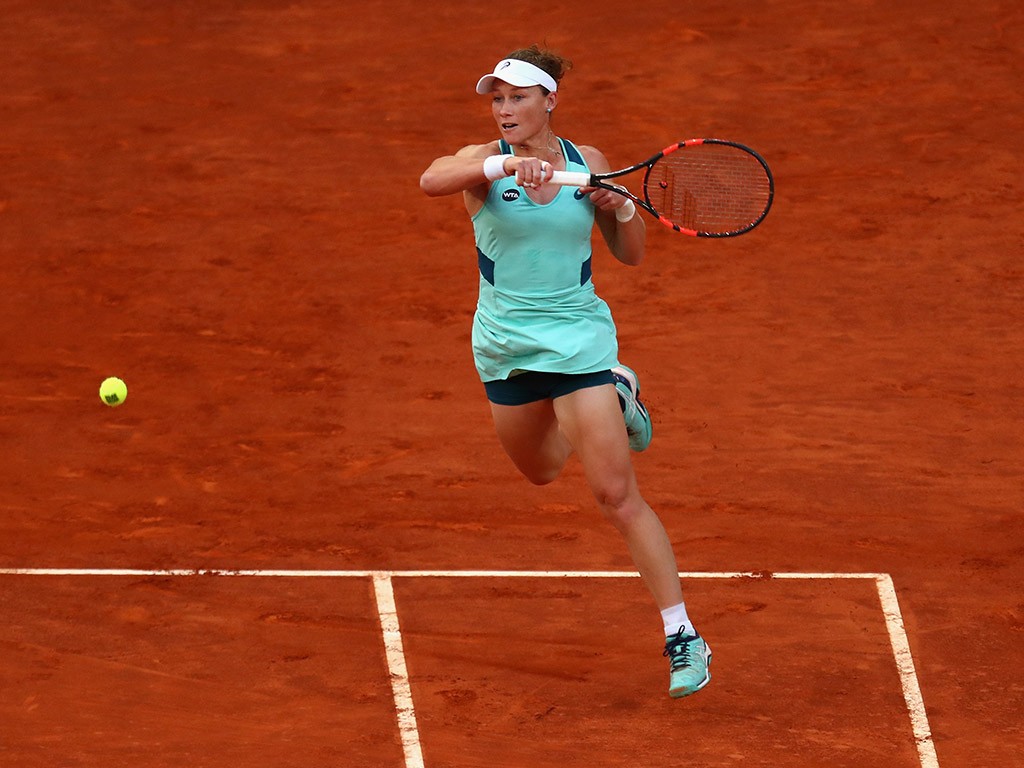 We are about halfway through at Roland Garros. Most of the players are in the 4th round now and if the rain lets up a little we will finish up the 3rd round today. This is the point of the tourney when the players start to feel like they belong in the tournament and are trying just to win one match at a time until there is no more to play.

When you start playing the tournament no matter what your ranking is or how many times you’ve been there before, you have a little nervous energy and don’t start to play your best tennis until you have a few matches under your belt. Sometimes if you start slow like Andy Murray did by going 5 sets in his first 2 matches and survive, it will help you believe in yourself later on in the tourney.

Instead of saying “Uh Oh, I’m trouble now after losing the first 2 sets”, you instead say “ Here we go again, It’s gonna be another long day at the office, but I’ll be fine.” Wawrinka is another guy who started the tournament slow and is now playing better as tourney goes along.

We wanted to tell you that Nadal was looking really good, but he suddenly dropped out due to a sore wrist. That’s not surprising as he has small grips, he uses his wrists to add spin, the balls have been heavy and he getting older, “Father Time” gets us all. Nadal abuses his body in every match as opposed to guys like Djokovic or Federer, who look like they glide around the court. I hate to say this and it’s not over yet, but Rafa is playing “on the Back 9” at this point in his career. Still playing poker online in Mallorca and sippin Cuba Libre’s on the beach isn’t a bad way to spend the rest of your life.

We still have all of the other top guys alive and there are certain guys like Thiem and Nishikori who we touted before the tourney who are alive and playing well. For the Women however we did lose some good players. Azarenka, Ivanovic, Kvitova, and Kerber are long gone. The bottom half is wide open as we said it would be.

Radwanska, Muguruza, and Halep are the top seeds left. On the Top as we speak Serena is struggling with Mladenovic but it will take a great upset by someone like Navarro, Madison Keys or even her sister Venus to keep her out of the Final.

Let’s give you our pick of the day so you pad your bank account at America’s Bookie. Sam Stosur has come back from the dead recently. She has always played well here before and ran all the way to Finals a few years ago. She has the perfect kick serve for this surface and her run-around forehand and slice fit in perfect here as well. Her opponent Halep is always ripe for a good upset. It’s to the point now where when she holds her seed in a Major you are surprised. Getting +280 here is a joke, as the odds makers are just setting the odds based on rankings and not on skill set. Take Sam here to pull off the upset and move on the tourney. Enjoy the tennis and your profits guys.