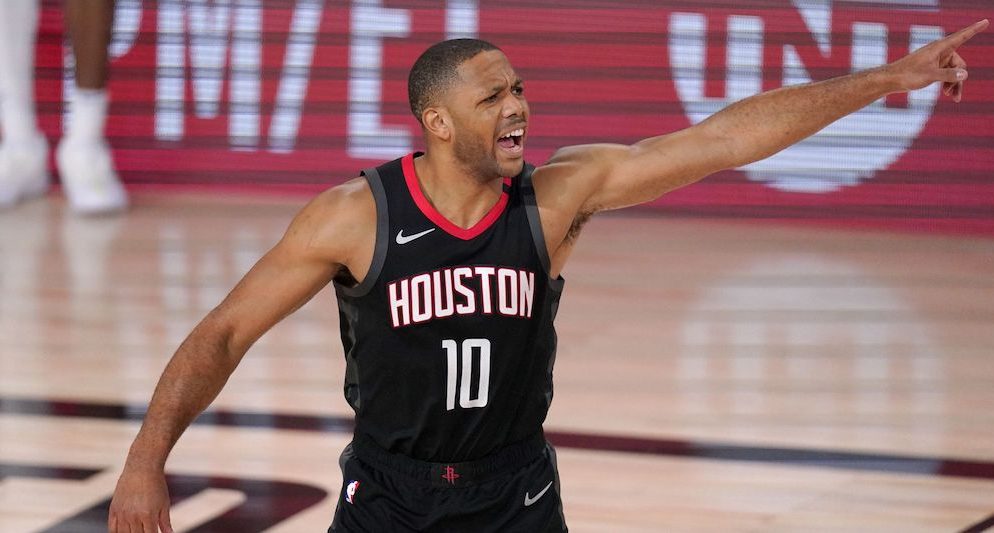 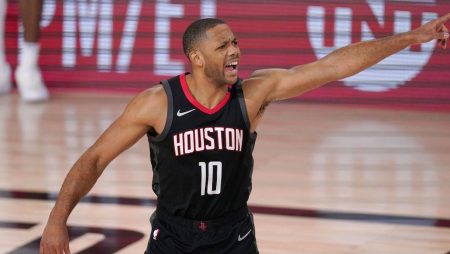 The Houston Rockets played great in Game 1 against the Los Angeles Lakers. They built up a lead by halftime (63-55) and never looked back. They played their best quarter in the fourth – outscoring the Lakers (27-18) and winning the game by double-digits (112-97). Today’s free pick will be a Rockets Lakers pick.

Will the Lakers be able to regroup and even up the series tonight?

They’ve opened up as a -5.5 favorite (-240 on the moneyline). These teams split the regular season series (1-1) and with both teams healthy, there isn’t much separating the Rockets or Lakers. Check out the latest NBA odds.

James Harden led Game 1 with 36 points. Russell Westbrook (24 points) and Eric Gordon (23 points) were both productive as well. The Rockets need Westbrook to have a good series.

He was able to play 32 minutes in the win and he looked great. He didn’t score too efficiently, but he also had 9 rebounds and 6 assists. Another promising sign was that the Rockets only had 14 TOs.

MUST READ: LOOKING AHEAD TO THE 2020 MLB PLAYOFFS

Anthony Davis led the Lakers in scoring (25) and LeBron James added 20 points, but James is going to need to produce more in this series, as the Lakers don’t have a lot of depth.

I’m going back to a player prop tonight.

The Lakers are going to be desperate, but it wouldn’t surprise me if they lose again. Put it this way, if Harden goes for 30+ points, the Lakers are in trouble. They need to double team him on offense.

Make the other guys on the Rockets beat you.

Gordon has scored 20+ points in five of eight playoff games. He normally doesn’t produce much else and therefore I wouldn’t recommend betting him in the points + rebounds + assists prop market.

Gordon scored 23 points in the opening game of the series and I felt he could have done better, but he missed a few shots. He ended the game shooting 7/14 from the field and 3/8 on 3-pointers.

With the focus on Harden and Westbrook, Gordon often gets clean looks.