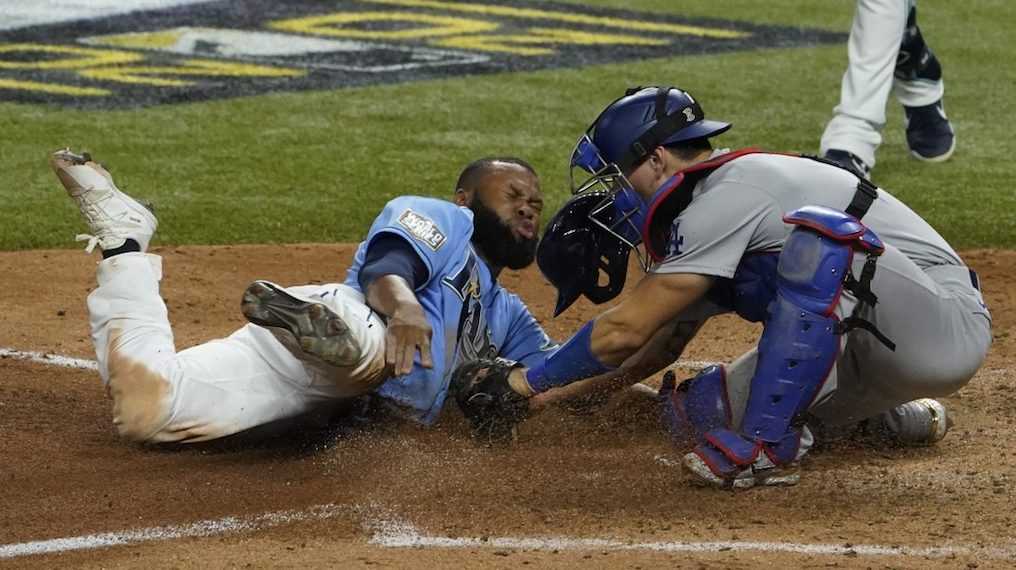 The Los Angeles Dodgers will look to close out the MLB World Series tonight in Arlington. Today’s Rays Dodgers free pick gives a lot to consider.

Tampa Bay need to win to force a Game 7, but do they have what it takes? The biggest problem for the Rays has been inconsistent scoring. The pitching has been troublesome as well, though.

SPORTS BETTING 101: HOW TO BET ON BASEBALL

The Rays have scored three or fewer runs in three games already this series.

With Snell on the mound, the Rays will have a chance to win Game 6.

He has the best game out of a Rays starting pitcher in this series. In Game 2, Snell only allowed two runs in 4⅔ innings. Tonight, the Rays would love if Snell could pitch six or seven innings.

Fans betting the World Series know that’s always tough against the Dodgers line-up, though. They have a deep batting order with lots of power all over the place. Corey Seager has had the best playoffs run for the Dodgers.

Randy Arozarena is the player to watch on the Rays tonight. He leads the team in most offensive categories, including home runs (9), RBIs (13), hits (27) and batting average (.370).

Will the Rays Force a Game 7?

It’s all up to Snell and whether or not he can have a great start. If he leaves the game and the Rays are losing, they’re not going to come back. They need to have a lead when he exits the game.

With that being said, it’s not just on Snell. The offense needs to put up more runs to support him.

My money is on the Dodgers finishing off the 2020 World Series tonight for my Rays Dodgers free pick.