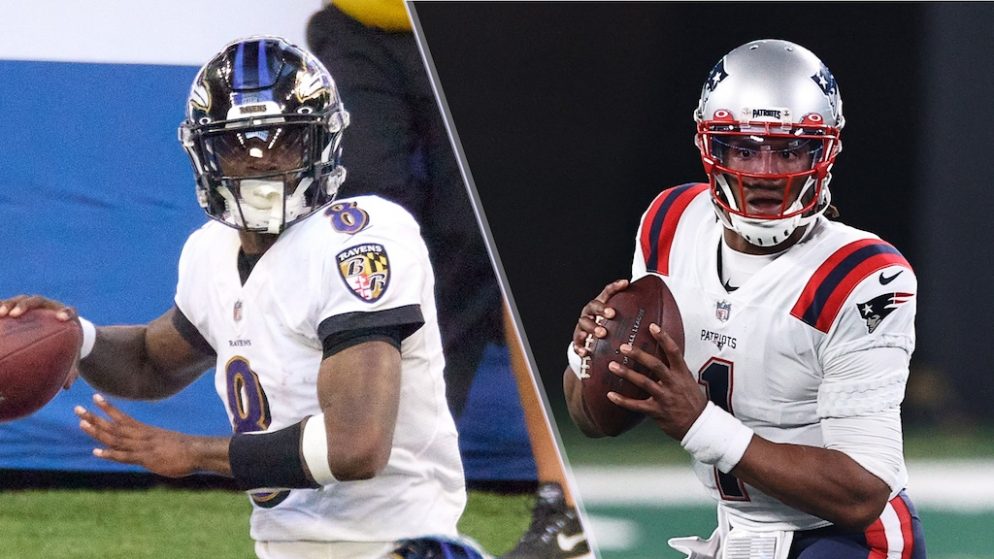 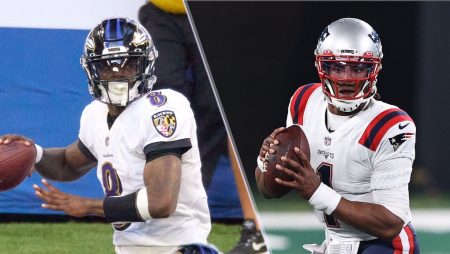 The New England Patriots host the Baltimore Ravens on Sunday Night Football (SNF), and is the host of today’s Ravens Patriots free pick.

With the Steelers out to a perfect 8-0 start, the Ravens have some ground to make up in the AFC North if they want to win the division. They can’t afford to lose to the Patriots tonight.

Where: Gillette Stadium in Foxborough, MA

Baltimore opened up as a -6.5 favorite and it jumped up to a TD, but hasn’t moved off of this key number all week. The total opened up 41 points and had jumped up three points, and is now back to 43.5.

Both of these teams are coming off a victory. The Ravens defeated the Colts by two TDs (24-10) and the Patriots were barely able to defeat the Jets (30-27) in their last game.

New England come into this game as one of the lowest scoring teams in the league. The Pats are only averaging 20.8 PPG (28th), while the Ravens are averaging 28.4 PPG (7th).

Lamar Jackson has been struggling this season a bit. He has only thrown for 1513 yards, but he has 12 passing TDs and only 4 INTs. Cam Newton has 1417 passing yards, but only 2 TDs and 7 INTs.

These two teams are both going to work on establishing the run tonight. The Ravens rank #1 in the NFL in rushing yards (170.1 RYPG) and the Patriots rank #4 (159.6 RYPG).

The reason I like the Ravens in my Ravens Patriots free pick tonight is because they have the edge in rushing defense.

Baltimore allow 101.8 RYPG (8th), while the Pats allow 131.0 RYPG (25th). Mark Ingram is questionable, but expected back tonight, as he has been able to put in a good week of practice.

If this point spread had a hook (-7.5), I’d be less confident in this bet, but at -7 points, we can still get a push if they only win by a TD. However, I think the Ravens will win by 14+ points tonight.