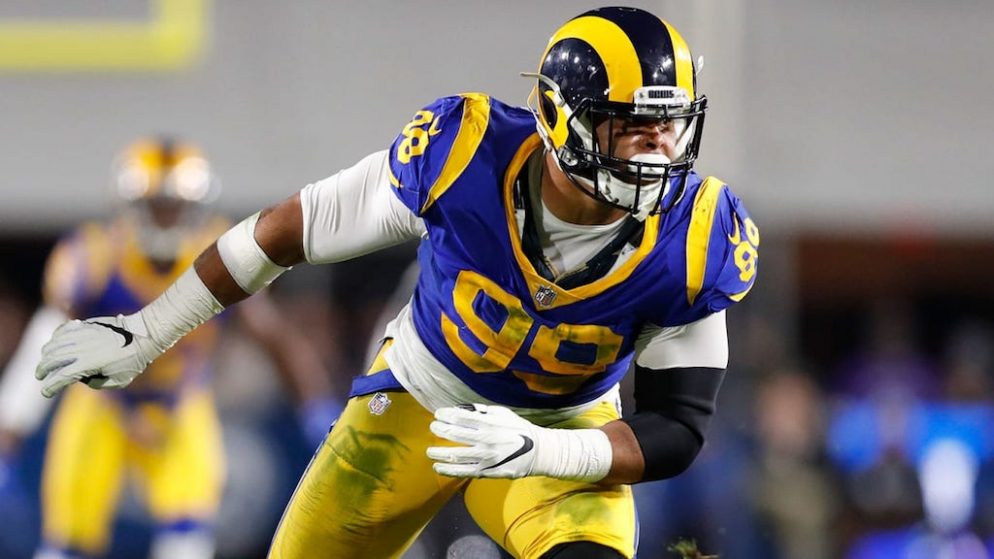 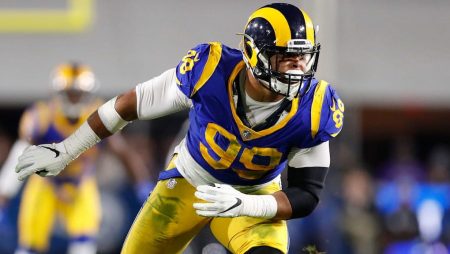 While Sean McVay’s Rams have been known for the wide-open offense, it’s the team’s defense that will take center stage on Monday night. The defenses are what will be key to tonight’s Rams Buccaneers free pick.

Tampa Bay and Tom Brady have won four of their last five averaging 38.5 points a game in the four victories.

While Brady leads an outstanding offense, it’s the Bucs defense that is responsible for their 7-3 start. Tampa Bay is ranked in the top 10 in a number of defensive statistical categories.

Which defense gets the edge on Monday night?

Did you know that 5Dimes Sportsbooks customers are switching to America’s Bookie?

Prior to last week’s win over Seattle, the Rams had five wins over Chicago plus the dreadful NFC East. Last week’s victory proved that L.A. does have what it takes to win the NFC West.

The offense, which struggled some last year, is now sixth in offensive DVOA. Without Todd Gurley, the run game has shifted to a three-headed monster featuring Darrell Henderson, Cam Akers, and Malcolm Brown.

Play action passing is the Rams thing. It helps QB Jared Goff, who struggles at times in the drop back passing game because of his long delivery. McVay has fine-tuned the Rams passing game to feature a lot of quick throws and play action, which is used on over 38 percent of all Rams’ dropbacks.

The problem is that Goff will have to work against the best defense in the NFL.

The Bucs are great against the run and just as good defending the pass. They can get after the quarterback with last year’s sack leader Shaq Barrett and Jason Pierre-Paul. The corners – Sean Davis and Jamel Dean – are outstanding.

MUST READ > HOW TO BET ON FOOTBALL

There is also the issue of the Rams traveling to the East Coast, but that shouldn’t play much of  a role in tonight’s Rams Buccaneers free pick. The Rams are used to traveling. This will be the fifth trip east for the Rams. They are 2-2 ATS thus far and under McVay, the Rams are 8-3 ATS in games on the East Coast.

While the Bucs are good on defense, the Rams aren’t too bad themselves. They have arguably the best defensive lineman in the league in Aaron Donald. Their corners – Jalen Ramsey and Darious Williams rank No. 1 and No. 2 in the league in coverage snaps per reception.

The Rams can definitely keep this one close.