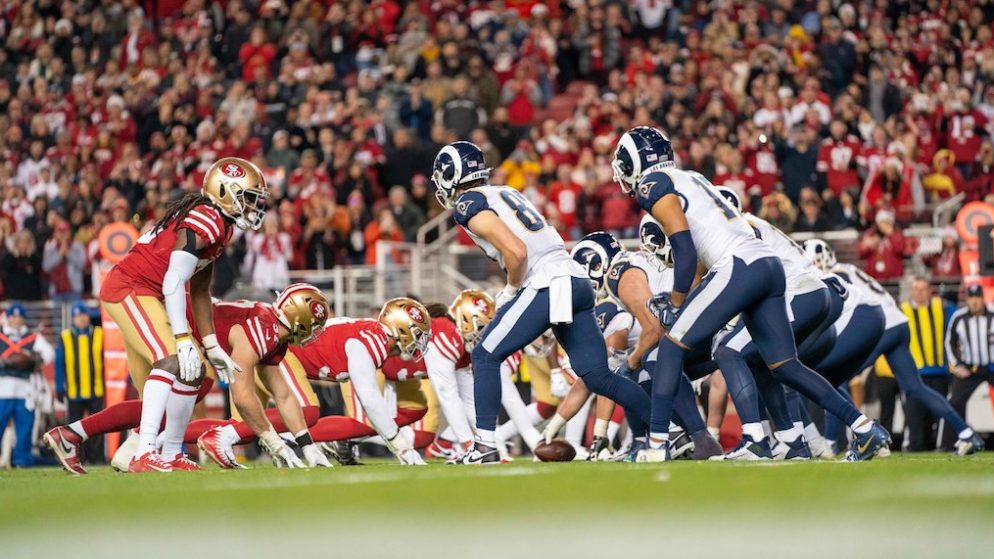 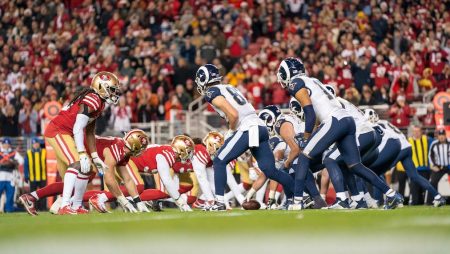 The San Francisco 49ers host the Los Angeles Rams on Sunday Night Football. Today’s free one will be a Rams 49ers pick.

These two NFC West rivals are very familiar with each other. The head-to-head series has been close in recent years. Since 2017, these teams have gone 3-3 straight-up against each other.

They’ve gone 3-3 ATS in those six games and four of those games have gone over the total.

The Rams come into this game as a -3 (+100) favorite on the road. Action has been relatively split on this match-up with about 57% of the bets coming in on the Rams to cover against the spread.

The over/under is 51.5 points, but won’t be today’s Rams 49ers pick. In the last ten H2H meetings between these two teams, the total has only been 50+ points once, but I wouldn’t recommend betting the under.

Los Angeles are in 2nd place in the NFC West with a 4-1 record. They lost on the road to the Bills (35-32) in week 3, but have wins against the Cowboys, Eagles, Giants and Washington.

The Rams have already picked up a win against every NFC East team.

San Francisco have struggled to open the season. They opened the season with a loss to Arizona (24-20), defeated the Jets and Giants, then lost to the Eagles and Dolphins.

The two most recent losses are concerning, as those are games the 49ers should be winning.

SF have had to deal with some injuries, but both teams are healthy this week at the skill positions.

Jimmy Garoppolo is starting tonight, but he only has 4 TD passes and 2 INTs in three games. Apart from TE George Kittle, the 49ers also lack receiving options.

The team’s leading WR is Kendrick Bourne and he only has 15 receptions for 227 yards in five games.

With defenses being comparable, this game will come down to what offense produces.

At the end of the day, the Rams will win and cover against the spread.