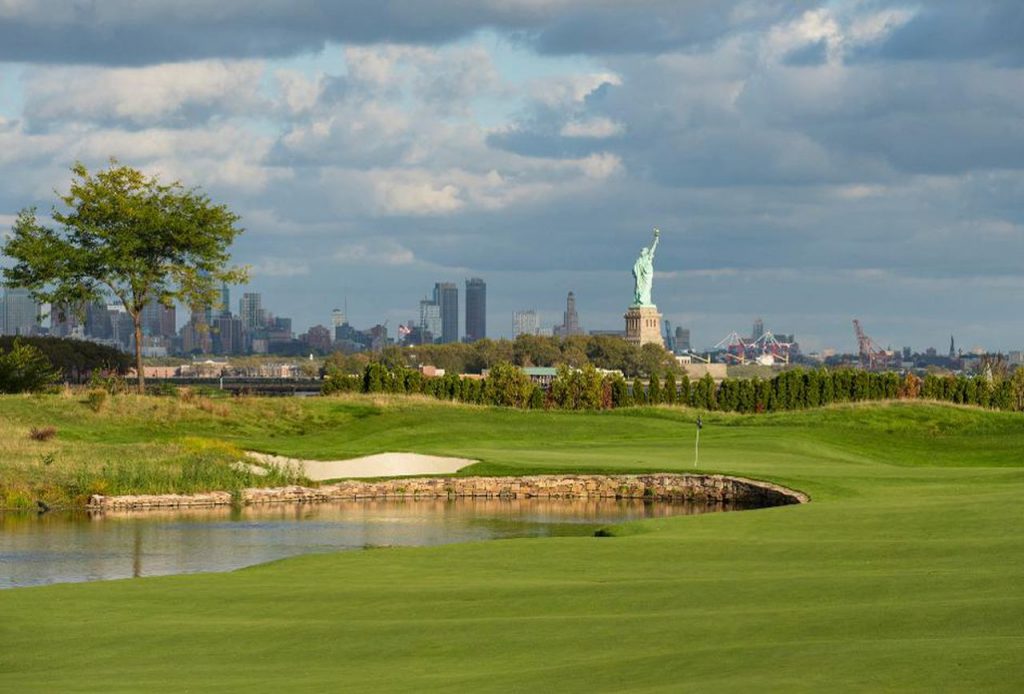 The PGA Playoffs are here! For the first time in the history of the FedEx Cup Playoffs, they will consist of 3 events as opposed to the four events it always included. This version of the playoffs begins at Liberty National Golf Club in Jersey City, New Jersey.

Liberty National runs along the Hudson River and offers spectacular vistas with the Big Apple across the way. There is water running along a lot of the course and features no less than 5 large ponds. Hitting the green in regulation is a must if you want to go low here.

I didn’t have any payouts from my picks last week, but damn, Webb made it close! He was giving some decent odds at +800, and posted rounds of 64-65-65-65. Not too shabby. J.T. Poston fired a closing round 62 to beat Simpson by a stroke. NEWMAN! See last week’s PGA article here.

If you’re not an avid golf fan, the FedEx Cup is a season long points based playoff system. You accumulate points throughout the year depending on where you place. Most events award 500 to the winner, but Majors offer 600 while others award 550. Playoff winners get a whopping 2000 points!

That’s what makes this event so important, and in turn, tough to handicap. Only the best of the best are in this field, with the Top 125 playing in Week 1. The field gets whittled down to 70 for the BMW Championship, then to 30 for the Tour Championship. The player with the most points at the conclusion of the Tour Championship wins ten million dollars…yes, $10 Million.

DJ is an absolute steal here at +1350. He’s a horse for this course, finishing T11 – 1 – T18 – T9 in the last 4 years. And, he was the best player on the course when the Presidents Cup was here a couple years ago. Oh…you need more? Johnson is the #2 golfer on the OWGR and comes into the first round of the playoffs ranked #7 in the FedEx Cup rankings.

CHECK OUT THE AMAZING DRONE VIEWS OF LIBERTY NATIONAL

With events that have such a strong, condensed field like this one, value is where it’s at. Earlier I told you how Webb faired last week, so we know he’s on point. He comes in 9th in the FedEx standings and #13 on the Official World Golf Rankings.

Webb was the runner-up in the 3 events of the last 5 events he’s played in, including the last two. He has a decent history here at Liberty National, so at +3500, he’s worth a play.

In true Billy Horschel style, he’s heating up at the right time. He’s finished T9 and T6 the last two weeks, and can get turnt up for the playoffs. I mean, who wouldn’t for a chance at $10M?

The Future of Sports Betting Post COVID-19
5 days ago