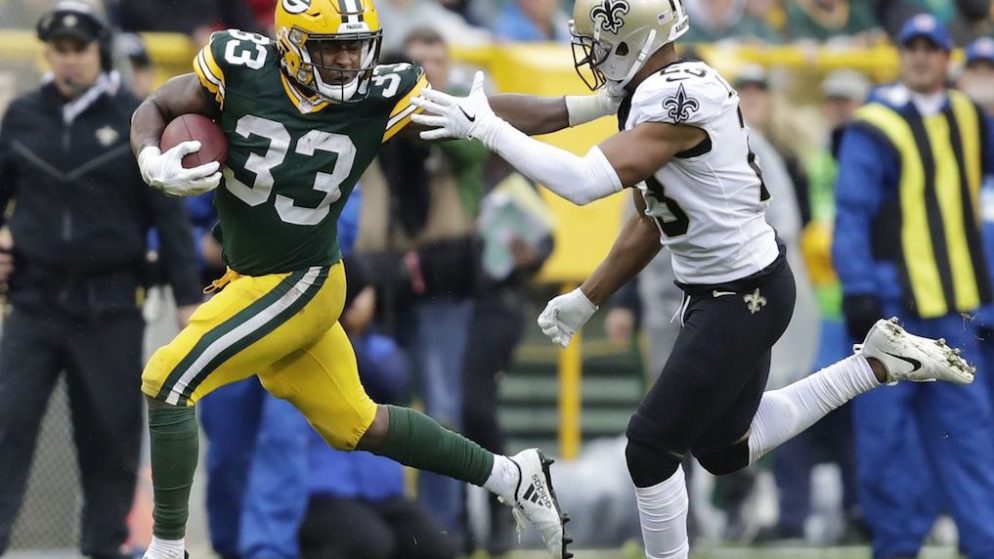 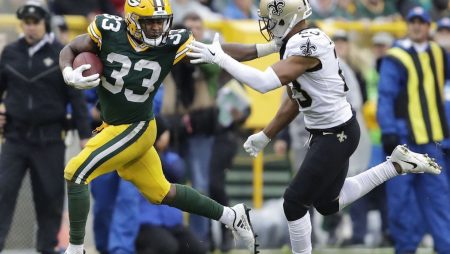 The New Orleans Saints will host the Green Bay Packers on Sunday Night Football in week 3. I just missed my UFC 253 free pick last night, but I’m back with a Packers Saints free pick.

The Packers are off to a perfect start, while the Saints are coming off a week 2 loss. One problem with the Saints has always been playing on the road, but they’re back home this week.

Should the Saints Be Favored?

I expected the Saints to be -1 to -2.5 point favorites at the very most this week at home.

Sure, the Saints are excellent when playing at the Superdome, but the Packers are playing great and the offense has looked unstoppable through the opening two weeks of the season.

Aaron Rodgers has thrown for 604 yards, 6 TDs and only 1 INT. Davante Adams has led the WR unit with 192 receiving yards (2 TDs), but he’s listed as doubtful and will be a game time decision.

Without Adams, the Packers will need to rely on Marquez Valdes-Scantling and Allen Lazard in the pass game, but I expect them to focus on the run game if Adams can’t play. This gives big value to my Packers Saints free pick.

He’ll be the team’s #1 playmaker if Adams is ruled out. The Saints are only allowing 101.0 RYPG (8th) and they managed to keep Josh Jacobs to just 88 rushing yards on 27 carries.

Drew Brees hasn’t looked that good this season either. Brees has only thrown for 472 yards, 3 TDs and 1 INT. Alvin Kamara still only has 95 rushing yards after two games.

My money is on Jones to rush for 71+ yards (-114 at the best NFL sportsbooks). The Saints have done well to limit the run so far this season, but Jones is a dynamic RB that has not only speed, but power to hit the holes.

I love these player props, as it only takes one big play to potentially cash.

Jones already has one rush this season for 75 yards, which came last week against Detroit.