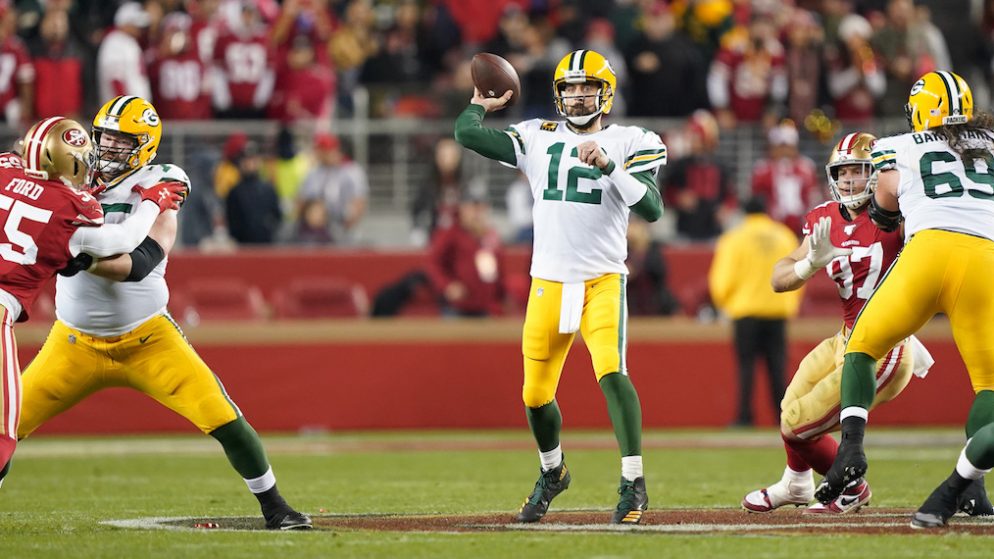 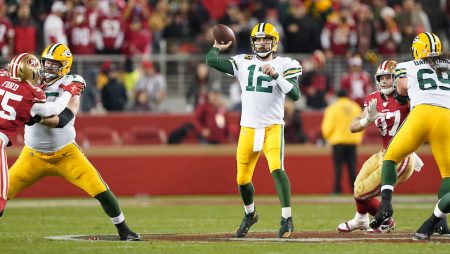 The Packers played San Francisco twice in 2019, both times at Levi’s Stadium in Santa Clara. Both games had similar outcomes and one of the results sent the 49ers to Super Bowl LIV. Now, I’m bringing you a Packers 49ers free pick for tonight’s Thursday Night Football matchup.

With the number of injuries San Francisco has had in 2020, will this game go like those two last season?

In 2019, San Francisco pounded Green Bay 37-8 in the regular season. The 49ers were 3-point favorites heading into that game. The two teams then met again in the NFC championship game.

With the Niners an 8-point favorite, San Francisco cruised to a 37-20 victory in the conference title game. Before I move on, make sure you head over to Action Sports Picks this weekend, myself and the other cappers will have premium NFL picks as well as a few freebies.

Thursday’s game opened with Green Bay a 1- to 2-point favorite, but news of Jimmy Garoppolo and George Kittle being injured last week in a loss to Seattle shifted the line quickly. Running back Tevin Coleman was hurt also and all three will not play Thursday night.

Packers Giving 8 on the Road

As a result, the Packers are now an 8-point road favorite at 1Vice.ag, making tonight a tough Packers 49ers free pick. This is after a tough loss to Minnesota last week. Green Bay gave up 163 yards rushing to Dalvin Cook, who also scored four touchdowns.

Green Bay is typically very good after a loss having gone 62-42-1 since 2003 in the game following a defeat. They are also a very respectable 59-42-4 ATS after a loss.

The 49ers will have to go with backup Nick Mullens at quarterback which may not be a bad thing. Mullens threw for 238 yards and two touchdowns after relieving Garoppolo last week. Mullens played only in the fourth quarter.

San Francisco head coach Kyle Shanahan will likely look to run the football against a suspect Packers run defense. The problem is Shanahan will have Jerick McKinnon and JaMichael Hasty as his running backs.

Even with all the injuries, playing on the West Coast coming off a short week is going to be difficult for Green Bay. Maybe the Packers win, but covering eight points is going to be tough.