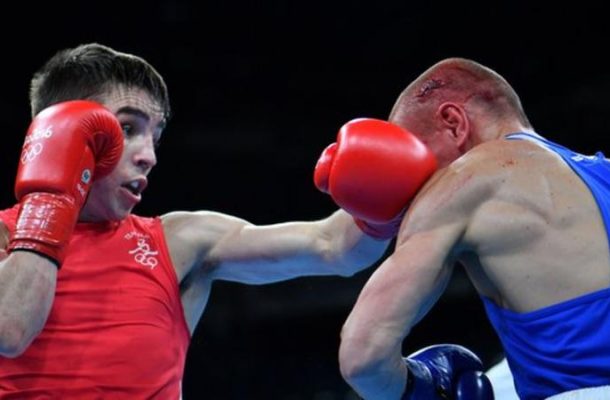 The AIBA (International Boxing Association) has “reassigned” Karim Boudzidi, its executive director, to some other position, whatever that is going to be, because, as we and others had predicted, the judging at the Olympics has been, at best, abysmal, and at worst, outwardly corrupt. Judges have been literally dropped from the compeititon while it is progressing, and there is plenty of fan outcry.

The “jobbing” of Michael Conlan of Ireland has been the bad decision that has gotten the most attention, but this has become a habit. AIBA admitted that “Some decisions were were not at the level expected.”

In one of our previous stories we had discussed all of the the possibilities for corruption at the Rio Olympic games when it came to the manipulation of the results on the part of judges and other officials. For those of us who have been involved heavily with amateur boxing at one time or another, none of this has come as any shock.

For the edification the America’s Bookie audience and others, let’s talk about the mechanics of how these bouts can be manipulated.

Interestingly enough, the newly-instituted scoring system that was put in place for Rio is something that can more easily facilitate cheating. The old system was the subject of much criticism, and rightfully so, because it required a majority of the five judges to push a button counting a clean blow for a contestant, all within a one-second time frame. Such a thing was often a physical impossibility, and it did not seem practical, with the judges stationed at different areas around the ring, to expect that they could always see the same punch landing, even if it proved to be clean. There was also a tendency to miss some of the punches that could be considered scoring blows, like body shots.

More than anything else, however, when you have such a system, where the difference between two judges voting for something and three judges voting makes all the difference in the world, any corrupt official can change the outcome of a fight by his lonesome. And he only has to do that by committing himself to being late to push the button. Or to leave it alone altogether. And then, you see, all of sudden three-quarters of the remaining judges now have to see these scoring punches.

Then there is obviously the problem with whether, from a physical standpoint, it is possible for these judges, even those who are honest, to be quick enough to follow all of this and push their buttons accurately. Those people who have done this kind of thing for years as part of television boxing coverage on networks such as HBO and Showtime do not think so. And that is why they employ multiple people to count punches (for the fans’ enlightenment, it should be noted – not for any inclusion in the judging criteria).

Now they went back to what can best be described as more of a pro-style system, which, we guess, is appropriate, since the sport of amateur boxing on a world level doesn’t really exist anymore. So the rounds will be along the lines of a “10-point must.” Of course, this amount of subjectivity has opened the door for a lot of corruption, since there is not necessarily any quantitative basis for scoring a fight in any particular way. In other words, there is a lot of “wiggle room” for opinion, and that gives some plausible deniability to a judge who may have decided beforehand which column he was going to put the check mark in, so to speak.

From a personal standpoint, I prefer the 20-point must system because it offers an opportunity to distinguish between rounds that are “barely won” and “clearly won,” but the bottom line is that if the judges are inherently corrupt, it doesn’t matter what system you’re going to use – the whole thing becomes polluted, and the system that is in place can provide an ideal pathway to channel that corruption into a twisted result.