It’s Not Just About Talent 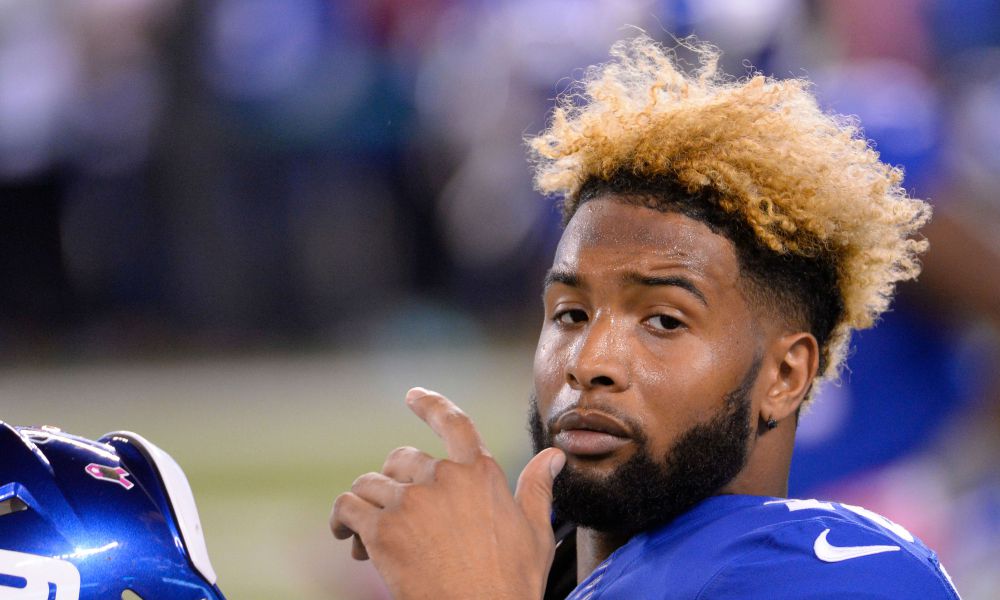 Two things have came to light recently that has demonstrated the difference between players who play with only their athletic ability and players who use every inch of their being; body, mind and heart to be successful. We advise you to bet on the players at America’s Bookie who are “winners,” not “losers.”

When you take a guy who has supreme talent and you add the “Heart of a Champion” you have an athlete for the ages. Look at guys like Michael Jordan, Lawrence Taylor, Tiger Woods and Bjorn Borg for instance. All 4 were extremely gifted athletes, physically but what made them great was the fact that they refused to lose. They were extremely competitive and didn’t want the guy across from them to beat them at anything even “tiddlywinks.”

These athletes are far and few between as they take their God given talent and make themselves even better through hard work and dedication. You never want to piss them off, cuz if you do, they will became even more dangerous, just as they the old saying goes “a wounded animal is twice as dangerous.”

Which brings us to the point of this week’s column. In the past 2 weeks there have been 2 athletes in the headlines, one has been on the back page of every newspaper and the other we wrote about just 3 days ago and found a way to embarrass himself again this week. These 2 athletes are named Odell Beckham Jr. and Nick Kyrgios, and they are quite different athletes.

Beckham has been melting down recently because he hasn’t had the production this year that he has shown in his first 2 years. They are playing 2 deep safeties and putting 6 in the box, and he can’t find any time or open space in which to work. He has been starting to let his emotions get the best of him both on the field and on the sidelines.

Next take the example of Nick Kyrgios. Just a week after winning a tournament, he showed up in Shanghai and did get through his first match with Querry, but said he was “bored on the court.” Immediately after that, in his next match he didn’t like the way his match with Zverev was going, so he started to have meltdown. First he lobed in a serve like a teenage girl, then he walked off the court when Zverev was serving. After that he was fighting with people in the crowd and saying, “If you know so much about tennis and you’re so good then you come down here and play.” He said afterward that he was tired from the week before so he just took the easy way out and “tanked” his match.

I’m not proud to say that I have been on the same side of both of these meltdowns and I can tell you that there is big difference in the way these 2 channeled their completive anger. One guy continued to play as hard as he could but just let frustration get the best of him but never quit and although it didn’t work out that way, he tried to fire up his teammates. The other just quit when things were not going his way. Beckham was the ONLY Giant to care about winning last year and this year doesn’t care about stats as long as they are winning, which they are not. Kyrgios cares about looking good on the court and gets embarrassed when he is not overwhelming inferior competition or competitive against even or better competition.

The difference between winning and losing at the top level is “razor thin.” Everyone has the talent, but what separates “the Men from the Boys” is your competitive instincts, and “smarts.” As we are writing this, Gilles Simon just took out Stan Wawrinka in China. We not knocking Wawrinka here, everyone has those matches, but there are few guys that have done “more with less” then Simon. He really has no game whatsoever, but the top players hate him because of his brain and desire to win.

Which brings us back to our point; with Beckham, his teamers and coaches have his back, he is a team player and wants to use his exceptional desire to maximize his talent and become the best player he can be. Kyrgios on the other hand thinks that he can just step on the court and win solely based on physical talent alone, and for that he is sadly mistaken. Some days you just to don’t have it, and you have to fight through it, especially coming off a big win like he did the week before. It’s another day at the office and you come to work every day.

Maybe there isn’t a full stadium and your adrenaline level is low. The players who win on off days are True Champions, and will have long careers, and the players who can’t, won’t be around for too long.