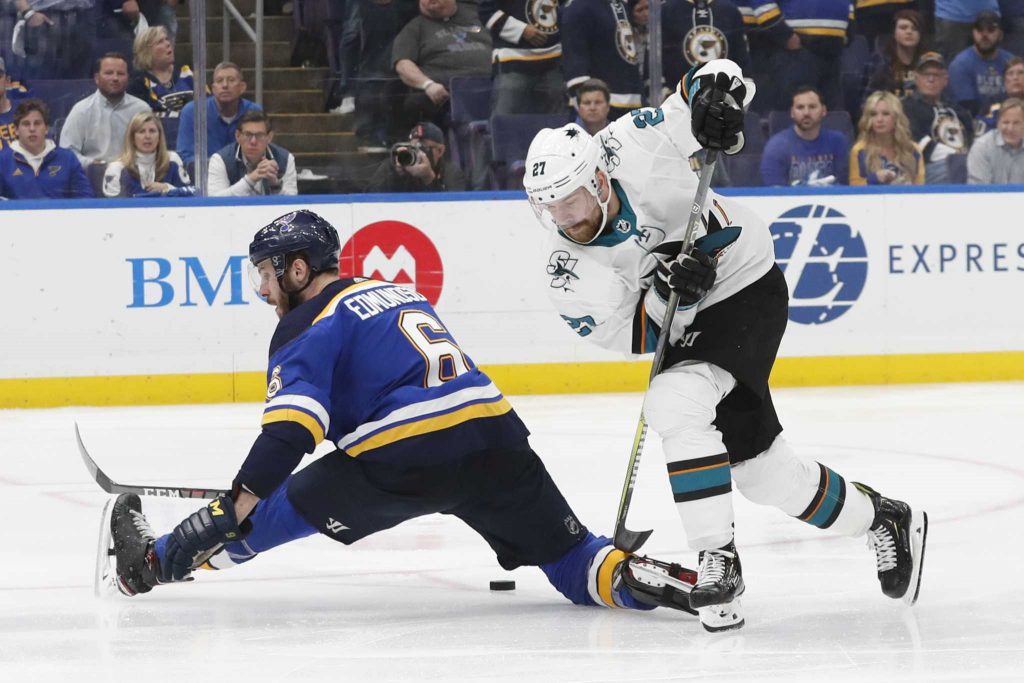 The Boston Bruins punched their ticket to the Stanley Cup Finals last night, handedly taking care of the Carolina Hurricanes in four straight. Now they get to sit back and watch the San Jose Sharks and St. Louis Blues duke it out in what’s almost certain to be a seven game series.

One thing I like to do for our readers is keep them current of odds to win the championship for the Big Four, NFL, MLB, NBA and of course, the NHL. Back in November, the St. Louis Blues were paying +2800, in a group with the Flames, Stars and Ducks (click here to see the complete Stanley Cup odds list from November 19th, 2018).

Shortly after that date, January 5th to be exact, this guy named Jordan Binnington showed up. Since his arrival, the Blues are 38-16-5, including 7 playoff losses. Yes, the young Blues goalie has had that big of an impact.

The Sharks have been a force all season, and were #6 on the November odds list at +950. San Jose has three solid lines, with the vet Jumbo Joe Thornton centering the 3rd line. On top of that, the Sharks have the best 1-2 punch on defense with Brent Burns and Erik Karlsson.

The Sharks have alternated wins and losses since Game 1 of their Western Conference Second Round series against the Avalanche and I expect that trend to continue tonight with the Blues evening the series at home. It’s guaranteed to be another hard-fought battle with some great goaltending and players finishing their checks.