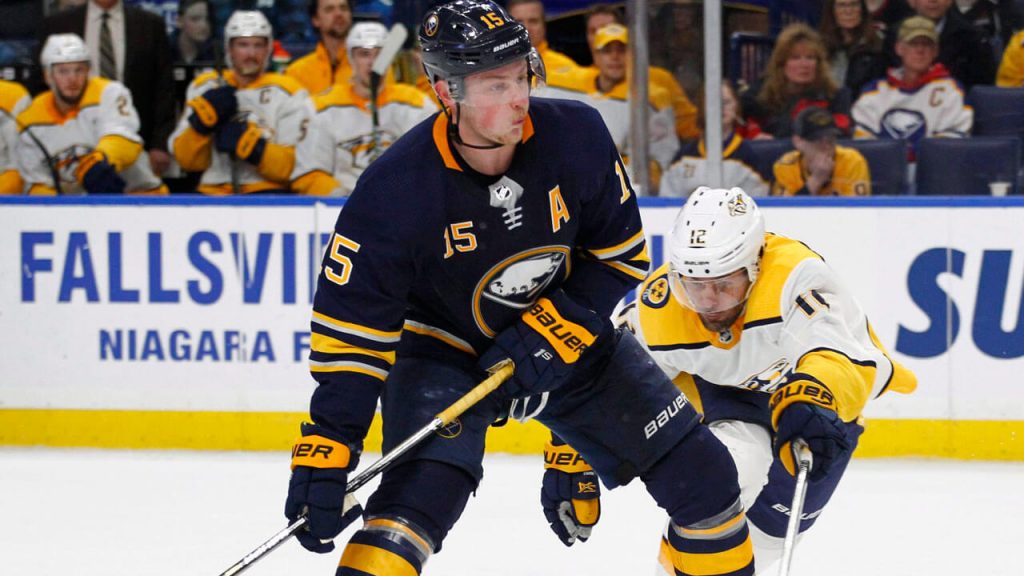 There are 9 games on the NHL schedule tonight, and our pick is coming when the Buffalo Sabres host the Tampa Bay Lightning. With 25 points, the Lightning are second in the league only to the Nashville Predators (27) while the Sabres are holding their own this season so far with 20 points.

Do you like betting on the NFL? Here is NFL Week 10 By the Numbers

Buffalo are 6-2-2 in their last ten, and currently on a 2-game winning streak while Tampa Bay are 7-3, with a loss their last time out against the lowly Senators. TB has one of the games premier young goalies in Andrei Vasilevskiy, but backup Louis Domingue is projected to start tonight.

In the opposite crease, Carter Hutton is expected to get the nod for Buffalo, and sports a 2.78 GAA and a .912 save percentage. The Sabres top line of Jeff Skinner, Jack Eichel and Sam Reinhart have been hitting on all cylinders, and have been one of the top lines in all of the NHL in November. Rookie Casey Mittelstadt centers the second unit, and has been turning some heads.

Of course Tampa’s top line of JT Miller, Steven Stamkos and Nikita Kucherov are one of the best in all of the National Hockey League, with a deep lineup through all 4 lines. They are currently the league leaders with 3.65 goals per game.

The Lightning hold a big edge in the head to head series, with a 7-2-1 record in the last 10 meeting between these two. However, the Sabres were terrible for many years, and have found their way this season.

I’m predicting an upset in this one, and am taking the home dog.