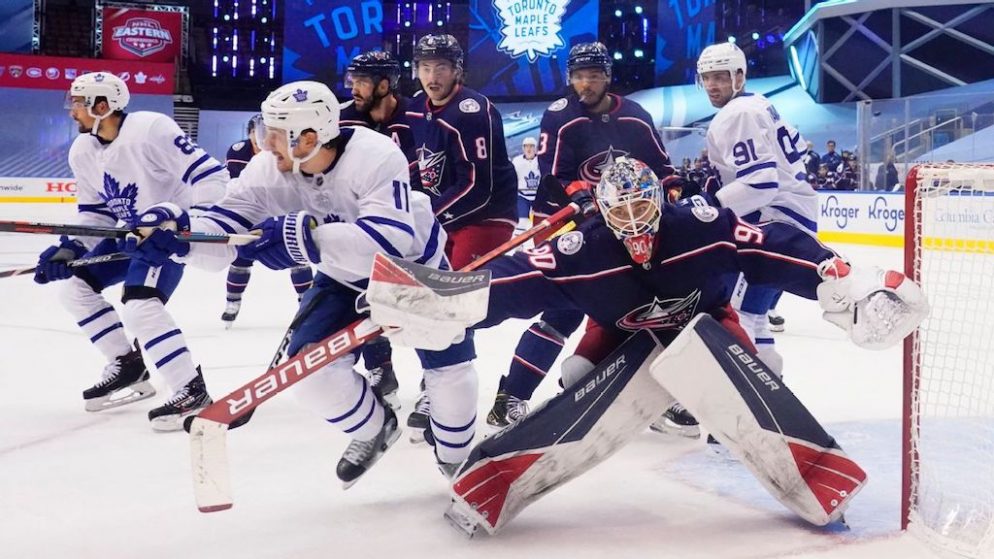 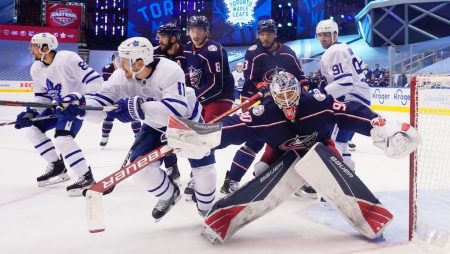 The Toronto Maple Leafs play the Columbus Blue Jackets in an elimination game tonight and is where my NHL free pick comes from today, August 9th, 2020. With the series knotted up at 2-2, one of these teams will be getting the golf clubs out next week.

Which Team Will Blow the Lead Tonight?

What a wild play-in round series between the Blue Jackets and Maple Leafs to get the NHL Playoffs underway.

In the first two games, these teams alternated shutouts. Korpisalo made 28 saves to earn a shutout in Game 1 (his first career postseason game). Andersen made 20 saves for the shutout in Game 2.

The Maple Leafs looked set to take control of the series in Game 3. They had built up a 3-0 lead, but they ended up losing 4-3 in OT. Karpisalo was pulled after allowing three goals. Elvis Merzlikins was put into net in Game 3 and he ended up saving all 21 shots he faced on net.

Merzlikins earned the start in Game 4 and despite making an incredible 49 saves in his first career postseason start, the Maple Leafs were able to even the series with a late comeback.

Down 3-0 with less than five minutes to play in the third period, the Maple Leafs finally started to put some pressure on CBJ and they were able to score three quick goals to force OT.

I expect the team to get out to a fast start will win tonight.

Don’t expect a late comeback like we’ve seen in the last two games of the series. Toronto need to use their top-end depth to put the Blue Jackets away early on in this game.

CBJ will be relying on their first line to produce opportunities tonight. Cam Atkinson leads CBJ with five points (2G/3A) and Pierre-Luc Dubois leads the team in scoring (3G/1A).

Goaltenders Stepping Up Is My NHL Best Bet Tonight

I predict both teams will be hesitant to push forward too aggressively tonight. CBJ don’t want this to be a back-and-forth shootout, as the Leafs would likely destroy them.