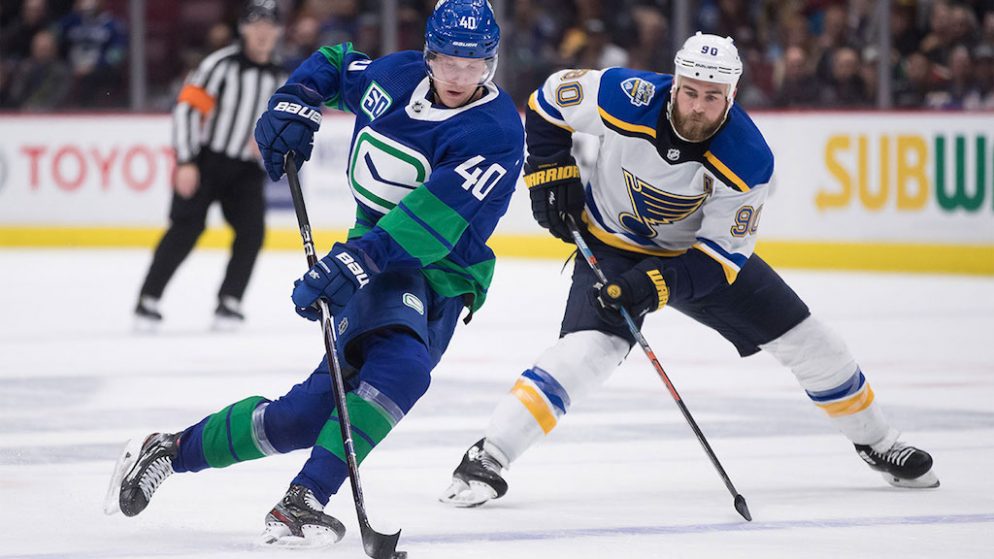 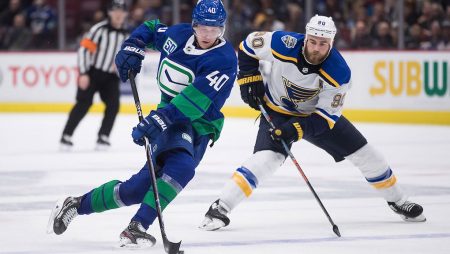 The Vancouver Canucks (#5 Seed) and St. Louis Blues (#4 Seed) will start their NHL playoffs first round series on Wednesday night and I’m predicting an upset to get things underway. See why in my NHL Free Pick featuring the Canucks vs. Blues.

Where: Rogers Place in Edmonton, Canada

The Blues (-182) may be big favorites to win the series against the Canucks (+162), but it has been the Canucks that have dominated the regular season series during the 2019-20 campaign.

Vancouver are 2-0-1 against the Blues this season.

Vancouver were shutout in Game 1 against the Minnesota Wild (3-0) in their play-in round series.

Brock Boeser, Bo Horvat and Tanner Pearson all scored two goals in the series. Quinn Hughes had a great series on the blue line and he leads the team in points with six (1G/5A).

St. Louis were the #1 seed in the Western Conference when play was postponed back in March, but they lost all three of their round robin tournament games, which means they’re the #4 seed now.

Looking at the Numbers

However, the Blues had the edge on defense, as they only allowed 2.66 GA/G (5th), and the Canucks allowed 3.10 GA/G (19th). Vancouver looked better defensively against the Wild, though.

Vancouver has a lot of young talent and this could be the year everything clicks for them.

One thing that could end up deciding this series is special teams.

The Blues offense has struggled since play resumed as well. Vladimir Tarasenko, Brayden Schenn, Jaden Schwartz and Ryan O’Reilly were all held scoreless during the round robin tournament.

It might still take a couple more games before the Blues recover from the lengthy layoff.

Both teams have electric powerplay units. The Blues convert at a 24.3% clip (3rd), while the Canucks convert at a 24.4% clip (4th). If either team takes too many penalties, it could be the deciding factor.

Take the Trending Underdog in Game 1 of Canucks vs. Blues

With these two teams trending in opposite directions right now, I’m betting on the Canucks here for my NHL Free Pick Canucks vs. Blues.

We’re getting them at plus money at online sportsbooks at a neutral arena, and the Canucks will be confident they can win this series based on the regular season head-to-head results.