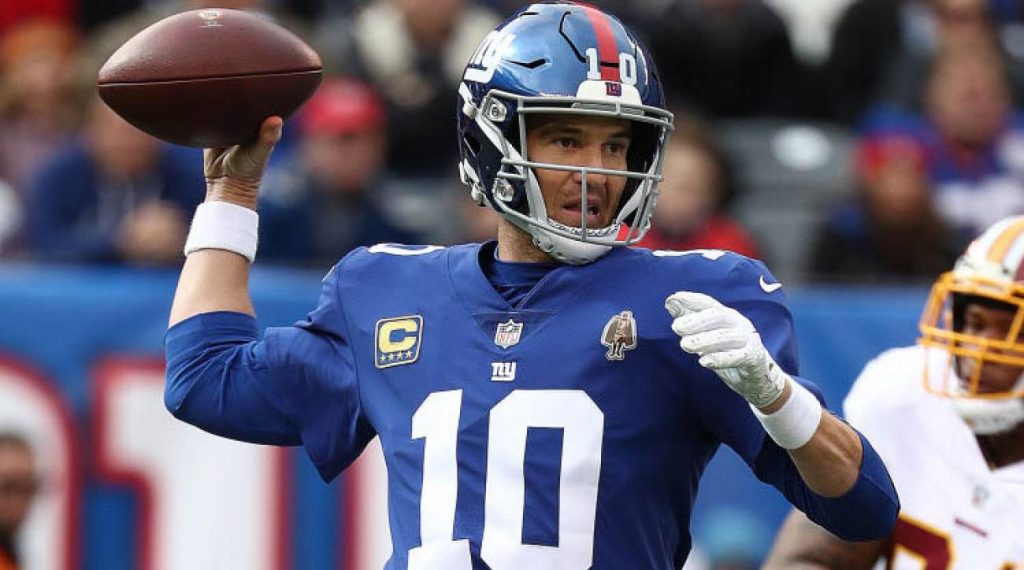 Both of these team are beat up like an old Ford pickup truck and both have just about seen their better days! One exception just might exist and that based off the spectacular performance of Nick Mullens.

Mullens was throwing for the practice squad and came in on Thursday and looked like Joe Montana with 3 TD’s and no mistakes. The guy was nails against the Raiders, but who isn’t. Lets give the man one more game to prove himself before we actually do rip the keys to the city from Joe’s hand.

Eli Manning is not done and any Giants player that says he is, well that Giants players needs to be hooked and booked and thrown in the East river! Eli has won two Super Bowls and he doesn’t need to prove himself to any Giants fans or even players for that matter. What his teammates need to do is rally around him and help him pick up the “W”.

Odell is a huge disappointment this season and like many others that have come before him, after getting paid, just not the same. He is still very good, but this guy should be a star and he is an attitude and a mouth that is not motivating anybody. How hard would it be to have a teammate like this guy?

The across the board numbers between the two teams are very close and what this game will come down to is mistakes. The home field advantage means very little anymore in San Francisco, so that can be thrown out the window. The defense for the 49ers is slightly better across the board and unless Barkley has a huge game, the defense wins this game tonight.

Eli has the clear advantage from the QB position and if you have to trust in someone, you can’t go wrong with the second time in his life, ever starting at the position, just called up from the practice squad, rookie. Until he does it, who will believe it?