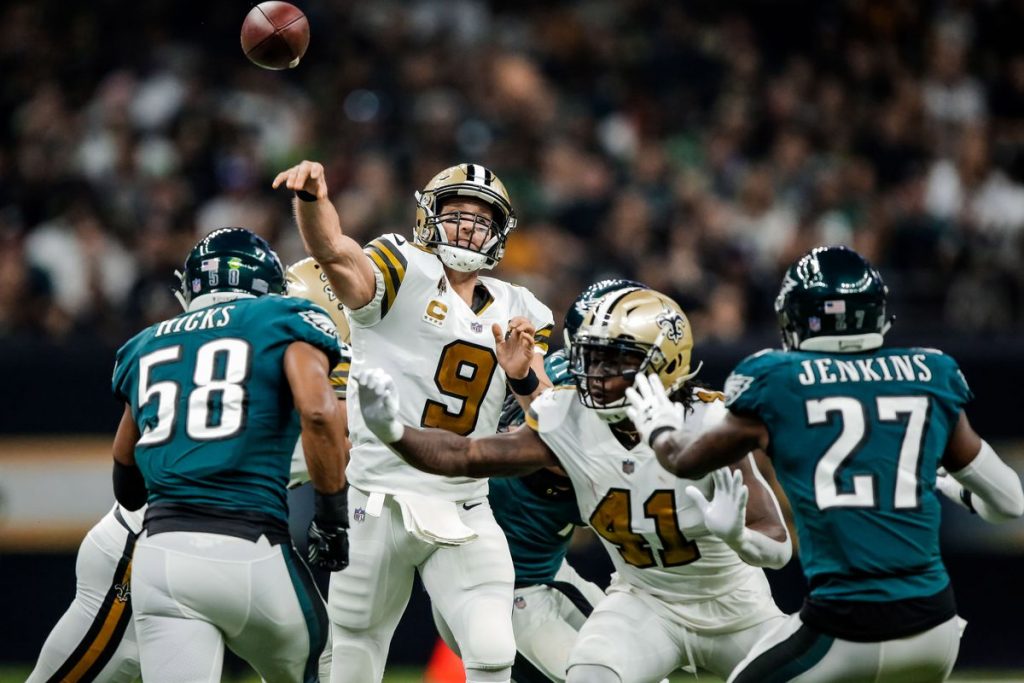 The Saints and Eagles close out the year’s best weekend of football in the Big Easy when they meet at the Superdome. This is a rematch of a Week 11 drubbing, when Drew Brees threw 363 yards and 4 TDs, while the running game racked up 173 yards.

Check out these stats from Week 11: Eagles at Saints:

The Eagles have been whining about the Saints racking up the score, and is giving them motivation. You can be sure the Saints are turning that into reverse motivation and using that added confidence of domination to their advantage.

Saint Nick has come in for Wentz again and continues his magical run. However, if it wasn’t for a doink from Cody Parkey last weekend, his 11th f$*^!in’ miss this season, as one proud Bears fan put it, the Foles magic would be searching for a new potion next year.

Sure, the Eagles had some major injury problems in Week 11, and Carson Wentz was terrible, finishing the game with a 12.4 QBR. Their defensive backfield has gotten a lot better, and the d-line is making plays.

But let’s not discount the bye week, since the 2013/14 season, the #1 seed in both conferences have made it to the Super Bowl every year, with one exception, and that was when the Packers beat the #1 seeded Cowboys in 2016.

As I write this I am watching the NFL Network and watching the snow pile up each time they go live at Arrowhead. This game will have none of those variables, and these two teams will duke it out for a berth in the NFC Championship next weekend.

I can’t go against Sean Payton, Brees and the rest of that Saints in this one, but I think it will be closer than most are thinking.