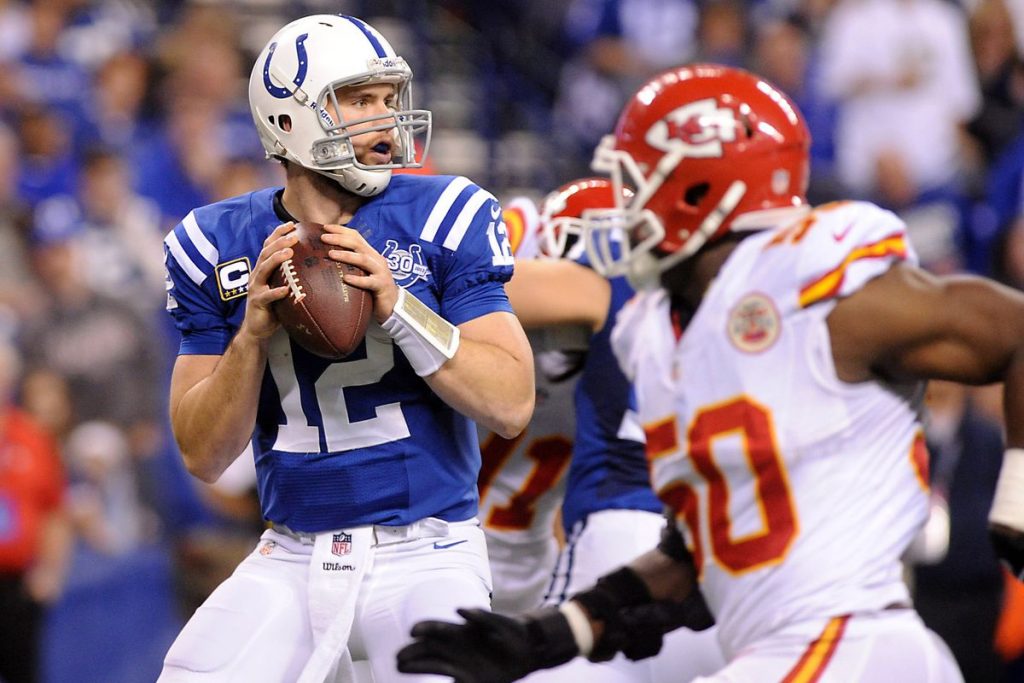 The Indianapolis Colts prepare to do battle today in what should by all accounts be a slugfest. This game is set to be a barn burning foot race and whoever doesn’t brings their marathon shoes, had better stay home, because they will likely be railed out of Arrowhead.

The Colts own this series. The Colts have dominated this very short playoff history between the two. The Colts are 4-0 and two of those games came in an AFC title game.

Andy Reid — Can he get over the hump? This man is a fantastic coach, with a great football mind and a great record. He was great in Philly, and he’s great now, but he can’t win in the playoffs. He is snake-bit? Does any of this mean anything?

The Colts 4-0, Andy Reid… does it mean anything? NO! Period, NO! This is all noise for people like us. This is noise and just fun talking points.

Look, the reason the Bears have won nothing since the Super Bowl of 1986 is for one reason. They have been awful. With exception of a year or two, they have not put together a winning team. The Cubs (Sorry Chicago, you make a great example…) look at the Cubs. Loosing for a hundred years had nothing to do with a goat, a curse or anything other than the fact that they were awful for a hundred years. Being snake-bit or having a curse, that’s all bologna. It’s nothing more than a huge crock of nonsense.

Do the Chiefs finally have a winning team? Maybe. They certainly have a good team and they will no doubt be competitive and hard to beat in Arrowhead today.

All year long, the Colts have defied the odds and they have won games that everybody, that’s anybody, said they wouldn’t win. This team, led by Andrew Luck and TY Hilton; they finally have it together.

Luck is back and stronger and more focused than ever before. Folks said he was done, over, the talking heads were saying he was afraid to play. That’s nothing more than a hot pot filled with a whole bunch of bull!

Patrick Mahomes has had nothing less than a stellar year for the Chiefs. No matter what happens today, the Chiefs have finally found their man for years to come at the quarterback position.

At 23 years old, Mahomes has put up 5,097 yard, 50 TDs and 12 interceptions. The kid is talented, highly talented. Andrew Luck comes in as the wily veteran with 4,593 yards along with 39 touchdowns and 15 interceptions. Forget about the numbers, they mean nothing.

Who wins this game today and why?

Andy Reid is beyond a class guy and a fantastic football mind and this is painful to say– but he lacks heart. He is not a great motivator, he’s a fantastic x’s and o’s coach but nothing more. Heart and experience mean everything in the NFL.

Forget about the hallowed halls of Arrowhead on a snowy day. Who cares? This is football and the team that walks in that building with the bigger heart on their shoulder, will walk out with a victory today. Andrew Luck has the experience and he’s proven that he has the heart. He proved it this season after starting 1-5. Mahomes will be back, Reid will be back, next year!

Don’t miss out on this bet today, check out America’s Bookie to get started today. They have the quickest payout and most free contests in the online gaming industry.