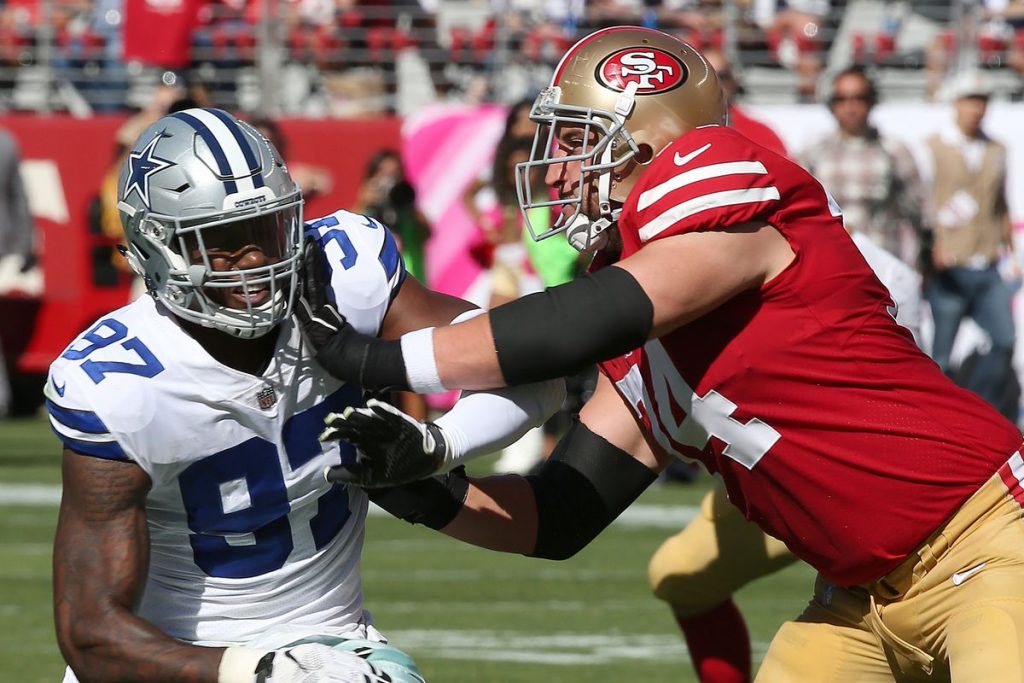 Surprisingly, the Dallas Cowboys and San Francisco 49ers met in last year’s preseason opener for both teams. They get a chance for a do-over on Saturday night at Levi’s Stadium looking for a repeat of last year’s 24-21 victory. While we might like to see a 49ers win as well, our focus will be somewhere else.

THE 49ERS VS. COWBOYS RIVALRY WAS LIKE NO OTHER

The 49ers expect big things this season after finishing the 2018 campaign with wins over Denver and Seattle and closing the season with close losses to playoff participants Chicago and the Los Angeles Rams.

San Francisco head coach Kyle Shanahan will need several of his defenders to get healthy. No. 1 draft pick Nick Bosa is out with a high ankle sprain and likely won’t play the rest of the preseason.

Cornerback Jason Verrett is also out for the preseason and DE Dee Ford is listed as questionable for Saturday. Don’t expect many of the 49ers starters to play in Week 1 of the preseason. That could be good news for the Dallas offense.

Dallas has its own troubles, namely All-Pro running back Ezekiel Elliott and his training camp holdout. Elliott wants a new contract and will probably miss the entire preseason. With Elliott out and starting QB Dak Prescott not expected to play, the Cowboys offense won’t be the same.

Quarterbacks Cooper Rush, Prescott’s backup the past two seasons, and Mike White will play to battle for the No. 2 spot this season.

What does all this mean on Saturday night and betting football? Well, let’s take a look at the last 10 games played between Dallas and San Francisco. The Cowboys have averaged 26.5 points in those games and the 49ers check in at 24.2. Combined, that is 50.7 points per game. Looking at Saturday’s Total, you can see where this is headed.

For those looking to back the Niners, San Francisco has won both season openers under Shanahan. Along with the win over Dallas last year, the 49ers beat Kansas City in 2017. Checking the scores of those games, last year San Francisco won 24-21 and beat the Chiefs 27-17 in 2017. That’s 45 points last year and 44 the year before. Take the Over.