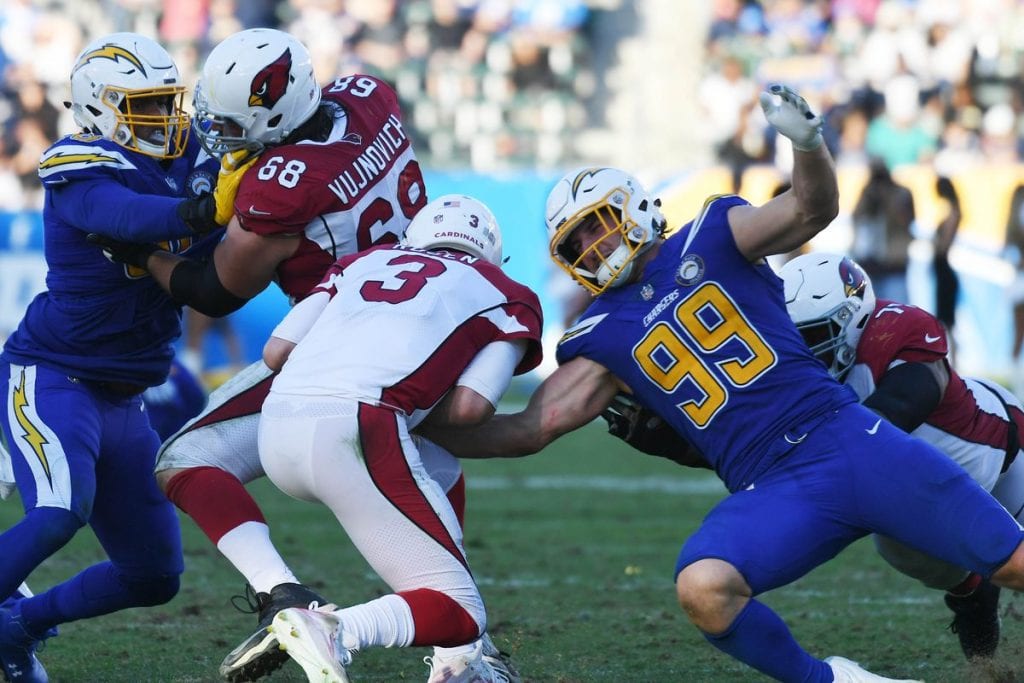 If there is a matchup in Week 1 of the NFL preseason that fans are anticipating, it is the Chargers and Cardinals. Thursday’s game marks the debut of Arizona quarterback Kyler Murray, the No. 1 overall draft pick this year. In addition, it will also be the first game for the Cardinals with new head coach Kliff Kingsbury. Murray playing in Kingsbury’s offense is one of the more anticipated things to watch this season. We will be watching something else.

*** Get Your Bookie Business Ready for Football Season ***

Unfortunately for Cardinals fans (but fortunately for us), Murray is only going to play one series on Thursday. It might be a 10-play scoring drive or it might be a three-and-out. Either way, Murray will be on the bench early giving way to Arizona backups Brett Hundley, Drew Anderson, and Charles Kanoff.

Don’t expect RB David Johnson or many other Cardinals’ starters to play much. That factors into our thinking for Thursday.

On the other end, the Chargers, 12-4 last regular season, will not play many of their starters including QB Philip Rivers. With so many starters on the bench, both offenses will be affected. With the depth the Chargers have, expect Los Angeles to put some points on the board, enough for our cause anyway.

WE HAVE ANOTHER NFL PRESEASON WEEK 1 PICK FOR YOU

While the Chargers are 11-2 straight up against Arizona in the teams’ last 13 meetings, they are 8-1-1 ATS versus the Cardinals in the last 10. Los Angeles is also 7-1 ATS in their last eight games on the road and 5-1 ATS in the last six on the road in Arizona.