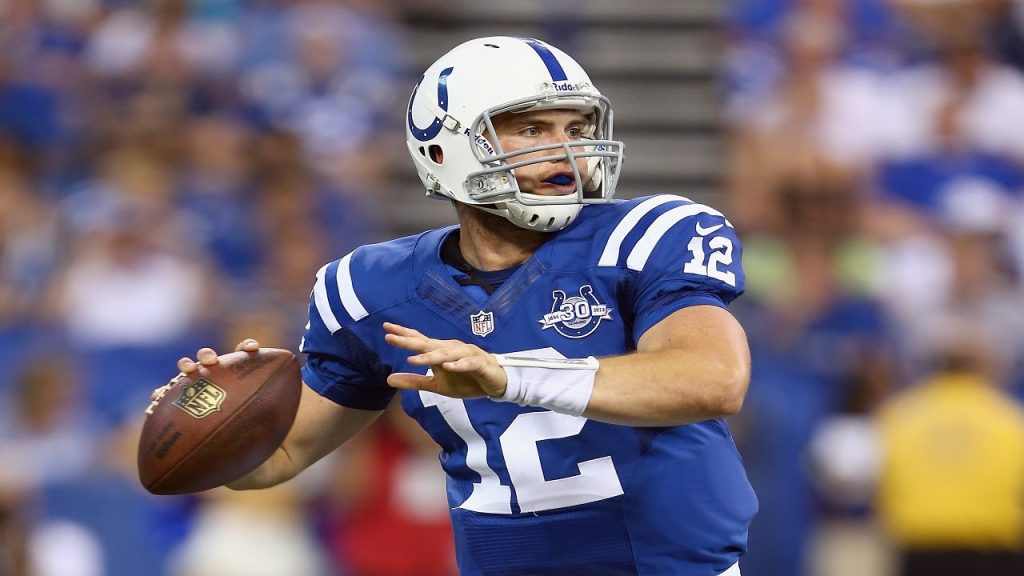 The Indianapolis Colts are doing everything they can to turn this season around and they are looking really good doing just that. Andrew Luck is back, he’s better than ever and he is defying the critics that said he was done. He is very clearly nowhere near done and the season off, with the appropriate surgeries and medical attention, has done wonders to get him back to where he was.

ATB has you covered with our Pick of the Day, click here and bookmark the page.

Luck is having beyond a stellar year with 2,187 yard passing and 23 TDs. There have been adjustments, there are things about the Colts that are much different than when Luck arrived in town and that’s been a learning curve but the team is showing clear signs of getting around the noise, with wins.

The last two wins have without question, come against bad football teams and that is noteworthy, however, in the NFL a win is a win. Last week the Colts smacked the Raiders and again; a very bad team. The week before, it was the Bills. Beyond the Cardinals, the Bills and the Raiders are as bad as it gets.

Winning begets winning and with Luck having one of his best years, you can count on this team to make strides. The Colts have come a long way to improve their “O” Line and it shows. Last years meeting against the Jaguars was a disaster, it was beyond a disaster with 10 sacks!

Luck has only been sacked 10 times this season and was sacked 31 times at the halfway point last year. This offensive line sustains it’s blocks at a rate of 71%, the best in the NFL. The Colts are second in the NFL on the rush at 5.7 per carry and have put up over 200 yards in each of the last two games. Again, that was against Buffalo and the Raiders.

Jacksonville doesn’t have the consistency from Bortles or anyone for that matter and the Colts have Luck and momentum. Indy wins this game at home.