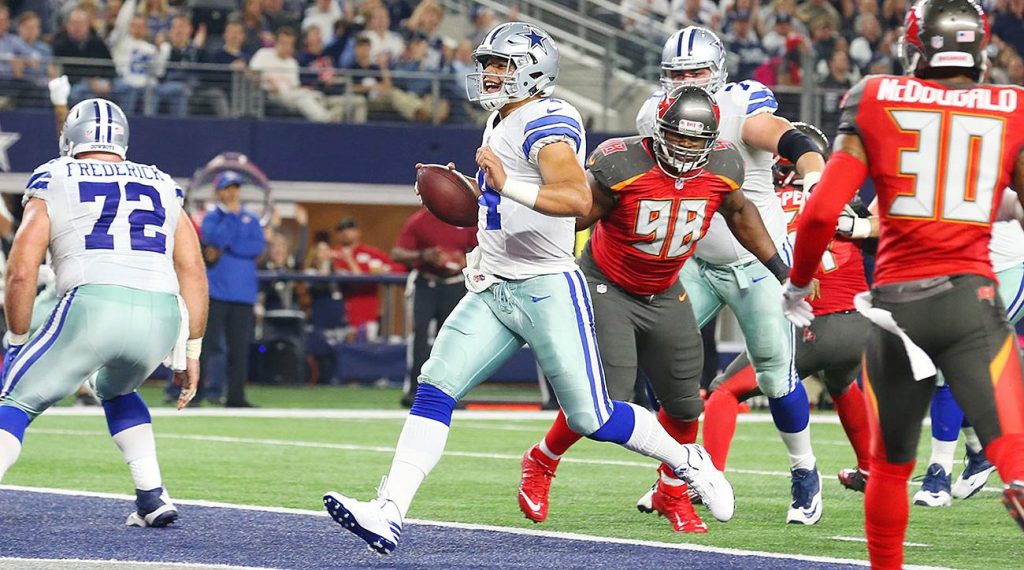 What happened to the Cowboys last week in Indianapolis? The “Mack attack” struck with a vengeance and it struck with a career high, 139 yards. Indianapolis may be a day late and a dollar short this year for the playoffs, but Marlon Mack is the man, and he ripped the Cowboys.

Dak Prescott went 24 for 39 with 208 yards passing, Ezekiel Elliott had a decent day with 87 yards but was ineffective, totally ineffective as the Cowboys took a beating, 23-0.

Also Read – The Dreaded Slump and How it Affects your Betting

Can they rebound? Yes, and here is why… They are playing the Bucs! Sorry Buc fans but this team is a long ways from anyway near to where they had hoped to be and the Cowboys are going for the division clincher.

The Bucs come into this thing with a 5-9 record, and Ryan Fitzpatrick! Fitz has actually put together a very nice stack of yards this season with 2,366 along with 17 touchdowns and 12 interceptions. The interceptions and bad decisions kill him, and they kill his team. The Buccaneers are reeling with a quarterback problem and a lot more problems.

The Cowboys are looking for just one more win, they hold the tiebreaker over both the Eagles and the Redskins and after the Redskins loss on Saturday in Tennessee, their season is over.

The Cowboys are not going to win the Super Bowl, they may not win one playoff game, however, they will rebound from last weeks pounding and show up against Tampa Bay. Tampa picked the wrong week to visit the Big D.

The Cowboys must come to this game with some heart and they must correct the red zone problems. Every team hits the wall at least once and they did that last week. They will be motivated and Tampa will be Tampa!